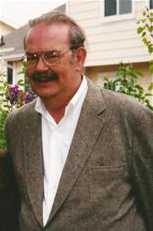 Ronald “Ron” Herdt, a longtime member of the University of Colorado Boulder community, died in Boulder on Dec. 27, 2011, after a long illness. He was 73.

During his long career, he worked as a reporter and news editor for the Scottsbluff Star Herald in Nebraska and for the Greeley Tribune, where he worked during college. He continued his writing career at the News Service at CU-Boulder. He was known throughout his writing career as a careful and principled reporter.

In 1969 while writing for the News Service, Ron wrote a series of stories about the University Memorial Center’s efforts to acquire memorabilia for a display about Glenn Miller. Since then, the display at the UMC has become a major archive recognized and authorized by the Miller family.

Ron worked later in his life for Facilities Management at CU-Boulder, where he retired in 2007 after more than 20 years of service. He enjoyed being part of the university and university life.

Ron had a keen mind and sense of humor; he never lost his interest in people and his wonder for the natural world. He loved music, was an avid sports fan and history buff.

He is survived by his daughter, Julie Heath of Boulder, and two sons, Tim and Greg, as well by his grandchildren, Shushila, George, Patrick, Katie and James. He was preceded in death by his parents, his brother, Dennis, and his former wife, Sheryll.