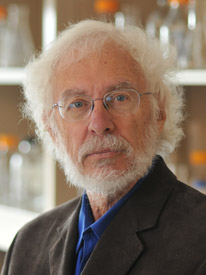 Alvin M. Malkinson, a professor and longtime lung cancer researcher at the University of Colorado School of Pharmacy, died Aug. 3 at his home in Boulder. He was 71.

During his 38 years at CU, he researched lung cancer, published numerous papers and, in 2004, won the Shell prize for outstanding research and teaching. As a professor of biochemical pharmacology, he taught both undergraduate and graduate classes through spring of this year. He also mentored many students over the years, offering career advice and support.

He loved creative writing, and wrote both under his own name and a pseudonym, and attended dozens of concerts, plays and films each year.

In a eulogy on behalf of colleagues, Lori Dwyer-Nield, an associate research professor at the School of Pharmacy, said, “He cared about each individual. It didn’t matter if you needed to talk to him about a personal problem or an irksome experiment. He did his best to help. … Goodbye Al. Science won’t be nearly as fun without you, but we’ll carry on with your work because you taught us to keep trying even when things seem impossibly hard — and when all else fails, go see a movie.”

Malkinson is survived by his wife, children Zak and Sabra, and several grandchildren. Contributions may be forwarded to the Family Hospice Foundation, 1790 30th Street, Suite 306, Boulder, CO 80301, or the Dairy Center for the Arts. The funds will be earmarked for the Boedecker Theater under the Al Malkinson Memorial Fund.