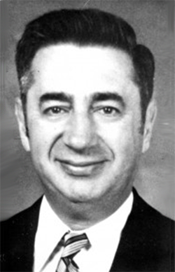 He was named the second chancellor of UCCS in January 1978 and resigned as chancellor Dec. 31, 1982. He was a professor of chemistry until his retirement in January 1993.

During his time as chancellor, campus enrollment increased from 2,850 students to 3,150. He was also credited with helping set high undergraduate admission standards, securing state funding for construction of the Engineering Building, and for expanding the university’s mission to include more graduate and doctoral degree programs.

“Don Schwartz was integral to the early growth of the University of Colorado Colorado Springs,” said Pam Shockley-Zalabak, chancellor. “He provided a foundation upon which we have continued to grow and expand.”

Prior to coming to UCCS, Schwartz was chancellor of the Indiana University-Purdue University campus in Fort Wayne, Ind.; acting president and vice president of academic affairs at the State University College, Buffalo, N.Y.; dean for advanced studies at Florida Atlantic University, Boca Raton, Fla.; and associate dean of the graduate school and director of research at Memphis State University. His teaching career included positions at North Dakota State University, Fargo, Moorehead State College and Villanova University. He also worked as a research chemist for Esso Research Laboratories and as a science adviser for Central America under a program sponsored by the U.S. State Department, the American Chemical Society and the National Science Foundation.

According to a notice published in the Colorado Springs Gazette, Schwartz is survived by his wife, Lois; three sons, Mark, Scott and Brad; and a daughter, Leanne.  Services have already taken place.