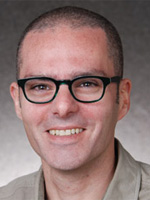 Men and women who are married to spouses of similar ages are smarter, more successful and more attractive compared to couples with larger age gaps, according to a paper from CU Denver Economics Assistant Professor Hani Mansour and co-author Terra McKinnish, associate professor of Economics at CU-Boulder.

“Who Marries Differently Aged Spouses? Ability, Education, Occupation, Earnings, and Appearance” is published in the “Review of Economics and Statistics.”

“When we started this study we were curious about the so-called ‘cougar’ phenomenon, i.e. women marrying younger men,” Mansour explained. “To our surprise, we did not find any evidence of such a new phenomenon. Although the share of older women marrying younger men has slightly increased over time, cougars have been among us since the 1960s. This led us to investigate the characteristics of individuals who choose to be in differently aged marriages regardless of whether the husband or the wife is the older spouse.”

Their analysis dispels a commonly held belief that men much older than their wives are likely to be financially successful compared to men married to wives closer to their age.

Mansour and McKinnish found strong evidence that men and women married to differently aged spouses have lower earnings, cognitive ability scores, educational attainment, and ratings of attractiveness compared to similarly-aged couples. For example, data from the 1980 Census shows that men married to women eight or more years younger or older earned on average $3,495 less per year than men married to women who are no more than a year older or younger.

The researchers conclude that their findings are consistent with a model in which individuals with more years of formal education tend to enter occupations with greater upward mobility, and then they have more interaction with similarly aged peers. As a result, they are more likely to marry similarly aged spouses.

They found further evidence in tests conducted in high school which measured verbal, math and arithmetic reasoning skills. Those who eventually went on to marry a differently-aged spouse scored lower on the tests. Men with spouses at least eight years younger scored on average 8.4 points less than those who married women of a similar age. Women had less drastic drops in their scores.

Their results prompted Mansour and McKinnish to pursue additional analysis in a separate paper on why same-occupation individuals are more likely to marry.

“We show that these patterns are driven by the fact that it is less costly (easier) to meet a spouse in one’s own occupation and not because individuals have a preference to match with a same-occupation spouse,” Mansour said. “The results suggest that marriage markets are more local-oriented than typically modeled by social scientists and imply that choices about occupation can affect one’s marriage market match by changing the group of people that an individual interacts with most often.”

The second paper currently is under review for publication.

On a different project, Mansour also recently published a paper with co-authors Rey Hernández-Julián and Christina Peters, both of Metropolitan State University on the Auraria Campus.

“The Effects of Intrauterine Malnutrition on Birth and Fertility Outcomes: Evidence From the 1974 Bangladesh Famine" is in the newest edition of “Demography.”

Several studies have shown that intrauterine malnutrition impacts infant health which also leads to worse adult economic outcomes. Although nutritional deficiencies are more common in developing countries, they also are a concern for vulnerable populations in the United States and other developed countries. Mansour pointed out that it is difficult, however, to disentangle the effects of malnutrition from other unobserved characteristics about the mother.