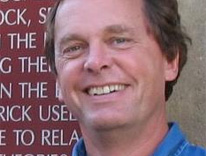 Mark Johnston, professor and chair of the Department of Biochemistry and Molecular Genetics at the University of Colorado School of Medicine, has been elected to the American Academy of Arts and Sciences and joins some of the world's most accomplished leaders from academia, business, public affairs, the humanities and the arts.

Johnston was elected in the section of cellular and developmental biology, microbiology and immunology. Nine others were elected in the same category among the 220 members in the Academy’s Class of 2012, which includes Secretary of State Hillary Rodham Clinton, philanthropist Melinda Gates, movie star Clint Eastwood and musician Paul McCartney.

“I’m honored to be recognized,” Johnston said. “The list of people in the Class of 2012, in my field and overall, is quite impressive. It means much to me that my colleagues thought enough of my contributions to nominate and elect me.”

One of the nation’s most prestigious honorary societies, the academy also is a leading center for independent policy research. Members contribute to academy publications and studies of science and technology policy, energy and global security, social policy and American institutions, the humanities and culture, and education.

The new class will be inducted at a ceremony on Oct. 6 at the academy’s headquarters in Cambridge, Mass. Since its founding in 1780, the academy has elected leading “thinkers and doers” from each generation, including George Washington and Benjamin Franklin in the 18th century, Daniel Webster and Ralph Waldo Emerson in the 19th, and Albert Einstein and Winston Churchill in the 20th. The current membership includes more than 250 Nobel laureates and more than 60 Pulitzer Prize winners.

Anaya named to National Board of Education Sciences