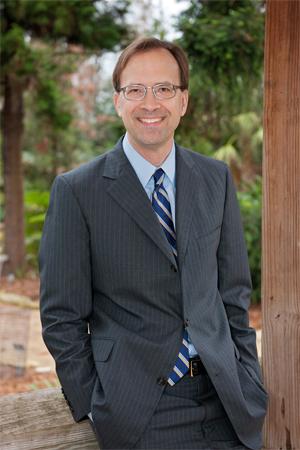 The University of Colorado Boulder has appointed Brian Domitrovic as the Visiting Scholar in Conservative Thought and Policy for the 2015-16 academic year. He is the third person to be appointed to the position.

Domitrovic holds a doctorate in history from Harvard University, where he also did graduate work in the department of economics. He earned his bachelor’s degree at Columbia University, studying history and mathematics.

Steven R. Leigh, dean of the CU-Boulder College of Arts and Sciences, praised Domitrovic as a historian and economist.

“He has impressive access to many primary historical materials of direct relevance to contemporary policy issues,” Leigh said. “We look forward to dynamic and productive engagement with our students, faculty and broader community.”

An associate professor and chair of the department of history at Sam Houston State University, he has written for numerous scholarly and popular publications.

Additionally, he will foster discussion by hosting public events on campus and speaking around the state.

Domitrovic said the university’s Conservative Thought and Policy initiative “has brought one of this country’s great intellectual traditions to the forefront of academic discussion and consideration.”

In the classroom in the coming year, Domitrovic hopes to address vexing problems in economic thought.

“For example: Is the choice really such a stark one as that between individualism and big government? For years, conservatives have held that individualism is as much a phantom as the all-knowing state,” he said.

“By all means, it is a top priority to coax the state back into a mode of smallness,” he said. “But as that occurs, a process will develop whereby persons will grow in freedom out of the narrow individualism that in many respects is engendered by the soulless qualities of big government, which is individualism’s foil.

“I hope to encourage good discussions on the very prosperous possibilities of not the ‘third way,’ but the ‘second way,’ away from the combination of big government with I’ll-get-mine individualism.”

He is the author of “Econoclasts: The Rebels Who Sparked the Supply-Side Revolution and Restored American Prosperity.”

In the coming year, he plans to publish more, “above all a book I have co-authored with Larry Kudlow of CNBC-TV, ‘JFK and the Reagan Revolution: A Secret History of American Prosperity.’”

Domitrovic describes the book as a history of the John F. Kennedy tax cut of 1964, its origin, context and influence. “It is as well a history of the wellspring of that most halcyon era of American prosperity — the post-World War II era — and an account of how government-shrinking policy has consistently proven a prerequisite to real economic growth across the decades and centuries.”

Domitrovic writes a column at Forbes.com, “Past and Present.” His blog is “Supply-Side Economics Today.” Domitrovic lives in Texas with his wife and children.

For several months, an advisory committee has worked to identify candidates for the visiting-scholar position. The committee has sought a “highly visible” scholar who is “deeply engaged in either the analytical scholarship or practice of conservative thinking and policymaking or both.”

The advisory committee consists of five faculty members and five community members. Keith Maskus, economics professor of distinction at the CU-Boulder College of Arts and Sciences, chairs the committee.

Maskus said Domitrovic has quickly risen to the top rank of conservative commentators on American fiscal and monetary policy.

“His work on the supply-side revolution in the Reagan years is widely praised for its precision and depth. We’re really fortunate to attract Professor Domitrovic here and to have him teaching our students,” Maskus said.

The Conservative Thought and Policy Program was launched in fall 2013 with the appointment of Steven Hayward as the inaugural visiting scholar in the 2013-14 academic year. Bradley Birzer was appointed as the second scholar for 2014-15.

The Visiting Scholar in Conservative Thought and Policy is a pilot program supported by private funds. More than 20 donors have raised $1 million to support the program.

Tagged:
College of Arts and Sciences, Visiting Scholar in Conservative Thought and Policy