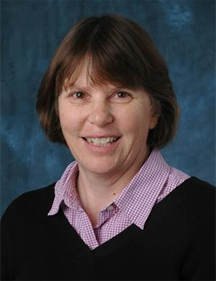 Diane McKnight, professor of civil, environmental and architectural engineering and a fellow of the Institute of Arctic and Alpine Research at the University of Colorado Boulder, has been elected to the National Academy of Engineering.

McKnight is among 66 new members and 10 foreign associates of the academy. She joins 16 other faculty from the campus who have been elected since the academy’s formation in 1962.

Election to the National Academy of Engineering is among the highest professional distinctions accorded an engineer. Academy membership honors those who have made outstanding contributions to “engineering research, practice or education” and to the “pioneering of new and developing fields of technology, making major advancements in traditional fields of engineering, or developing/implementing innovative approaches to engineering education.”

McKnight was recognized for making clear the interrelationship between natural organic matter and heavy metals in streams and lakes. Her research expertise is in the interactions between freshwater biota, trace metals and natural organic material in diverse freshwater environments, including lakes and streams in the Colorado Rocky Mountains and in the McMurdo Dry Valleys in Antarctica.

“Diane is a worldwide leader in the interactive effect of metals in our water system with natural organic matter,” said professor Ross Corotis, who was dean of the College of Engineering and Applied Science when McKnight joined the faculty and the Institute of Arctic and Alpine Research in 1996.  “In addition to her advanced research for protecting environments from the Antarctic to the Rocky Mountains, she is a leader in developing books for children to help them learn about the water cycle.”

McKnight has been working in Antarctica since 1987, and is a leading investigator studying extreme life at the McMurdo Dry Valleys Long Term Ecological Research site funded by the National Science Foundation. In the harsh polar environment, stream channels flow only a few weeks out of the year and the only life forms inhabiting the area are microorganisms, mosses, lichens and a few groups of invertebrates.

She wrote and published a children’s book, “The Lost Seal,” in 2006, that tells the true story of a wayward seal discovered near the research camp in 1990 and its eventual rescue. The story gives children an understanding of Antarctica’s extreme environment and the work of scientists there.

She was a research hydrologist with the U.S. Geological Survey’s National Research Program for 17 years before she came to CU-Boulder. She was named a fellow of the American Geophysical Union in 2004 and of the American Association for the Advancement of Science in 2009. She is a former member of the National Research Council’s Water Science and Technology Board and Polar Research Board, and she received a Meritorious Service Award from the U.S. Geological Survey in 1995.

Linden to preside over international association