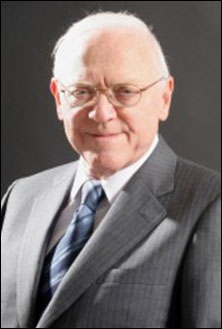 Robert Berliner, attorney, author and founder of Berliner and Associates, will be presented with an honorary doctorate of human letters at the University of Colorado at Colorado Springs commencement ceremonies Friday, Dec. 17.

Berliner is known for his expertise in intellectual property matters. University officials consider his service invaluable in protecting the rights and interests of the university's creative minds.

UCCS leaders prepared the campus for the 21st century by focusing on invention, innovation and technology transfer. Berliner helped make this possible through his familiarity with university patent portfolios, and with his experience assisting in the formation and operations of early stage companies. He is known as a pioneer in biotechnology patent law.

Berliner also served as an instructor, pro bono, to teach CU courses in technology transfer and biotechnology, further demonstrating his commitment to education and CU.

Berliner is a founding member of Breathe California, a nonprofit foundation concerned with lung health issues, and he is helping other states establish similar agencies. In 2007, President Bush's Council on Service and Civic Participation presented him with the President's Volunteer Service Award.