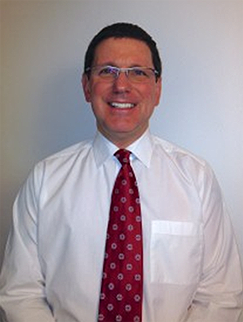 A 24-year veteran of the food service industry will be the first director of university-operated food services at the University of Colorado Colorado Springs.

Mark Hayes, currently director of dining and summer conferences at the University of Wisconsin, Stevens Point, was selected following a national search. His appointment was announced Monday by Susan Szpyrka, vice chancellor, Administration and Finance.

“Mark brings a wealth of experience to UCCS,” Szpyrka said. “He led the transition of a campus from vendor-operated to university-operated and is a leader in sustainability and local food movements. I look forward to his arrival and encourage the campus community to both welcome him and embrace his ideas.”

Since 2009, Hayes has directed dining and summer conferences at UW-Stevens Point, a campus of 9,400 students. In that role, he led a team of 32 staff, 75 student managers and 375 student employees.

Hayes earned a bachelor’s degree from Slippery Rock University, Slippery Rock, Pa., and a master’s degree from Indiana University, Bloomington. He has completed coursework for a doctoral degree in higher education leadership from Edgewood College, Madison, Wis., and earned certificates from Harvard University and the Federal Emergency Management Administration. He is a certified Foodservice Management Professional.

In 2013, Hayes led UW-Stevens Point to a National Association of College and University Food Services gold medal for residential dining, the first gold medal in the UW System. He developed a local foods and sustainability program that contributed to recognition on the Princeton Review’s Green College Honor Roll and the Association for the Advancement of Sustainability in Higher Education Stars. He also led the food services department to superior scores on a national college food service benchmarking survey.

“I am very excited about the opportunity to lead the university’s transition to self-operations and look forward to developing strategic partnerships on and off campus,” Hayes said. “We will need the support of the entire community to make UCCS Dining and Food Services a tremendous success.”

In October 2013, UCCS announced plans to operate its own food services beginning in May 2014. Previously, campus food services were handled by third-party contractors.

Send your thoughts and suggestions for the Newsletter.
END_OF_DOCUMENT_TOKEN_TO_BE_REPLACED