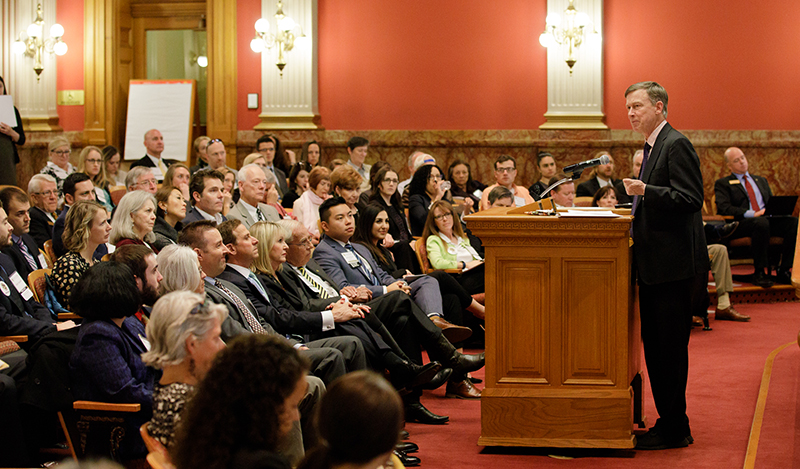 Gov. John Hickenlooper addresses the audience at Tuesday's CU Advocacy Day at the Capitol. (All photos by Trevr Merchant)

Tuesday’s CU Advocacy Day at the Capitol brought together leaders from across the university and Colorado state government, as well as members of the CU Advocates group – who were asked to take part in some timely lobbying.

About 160 members of the grassroots network of supporters from the CU community and beyond assembled in the Old Supreme Court Chambers, where they heard information on House Bill 1086, which would allow community colleges to offer four-year nursing degrees like those currently available at CU Anschutz, UCCS and six other institutions across the state. 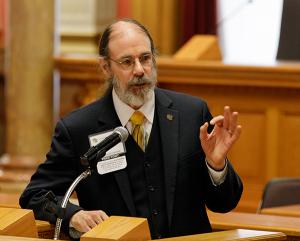 In remarks to the audience, Michael Lightner, vice president for academic affairs, said the state’s nursing shortage is just one facet of health care challenges facing the state that demand a broader, systemic approach. CU’s existing four-year nursing programs are available online and are poised to grow easily.

“Our concerns are, resources – nursing faculty and state dollars – are scarce, and we think we can provide for the current situation,” Lightner said. Rather than create inefficiencies and duplication while seeing limited resources spread even thinner across the state, CU instead would welcome further partnerships involving transfer and pipeline agreements with two-year institutions. 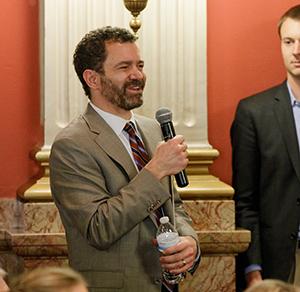 Tanya Kelly-Bowry, vice president of government relations, and Todd Saliman, vice president of budget and finance, encouraged CU Advocates to call or write their state representatives and express opposition to the bill for those reasons.

“While you’re calling them to ask them to vote against something, also ask them to vote for something: the governor’s budget request,” Saliman said. As first detailed by Gov. John Hickenlooper in November, the budget calls for a 10 percent increase in funding for CU. “It’s going to help us keep tuition increases in check and allow us to repair buildings and do other important things on our campuses. It will do a lot of good for us and we really hope it’s adopted by the legislature.” 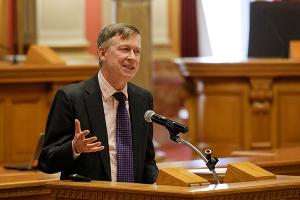 Hickenlooper also appeared at the event, noting his long-held belief that investment in higher education is key to growing good jobs and a strong economy.

“CU is one of the major engines of our economy,” Hickenlooper said. “My job is just to tell you, don’t let up. And on behalf of the state of Colorado, thank you.” 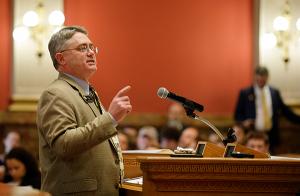 Sen. Chris Holbert, majority leader, stressed the accessibility of state representatives, and encouraged all to contact their elected officials with questions and concerns as issues arise.

“You’re not in Congress – we’re not in Washington, D.C.,” he said. “My encouragement is, don’t put legislators on a pedestal. What we do is important, but we are entirely accessible. We work for you.” 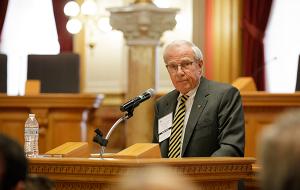 The 90-minute program also featured remarks by CU President Bruce Benson, who told Advocates, “You have been our marketing operation for the last six years and have done a great job,”; Michele McKinney, assistant vice president of advocacy and external relations; and Christina Beck, current CU Advocate of the Year. The audience included Phil DiStefano, CU Boulder chancellor; Dorothy Horrell, CU Denver chancellor; and Regents Jack Kroll, Sue Sharkey and Linda Shoemaker. Many also attended a post-event networking reception with many lawmakers at the nearby Benson Mineral Group, where President Bruce and Marcy Benson hosted. 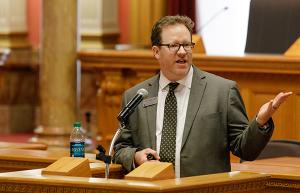 The CU Advocacy Day program at the Capitol continued its tradition of showcasing unique centers at CU. Matt Vogl, executive director of the National Mental Health Innovation Center at CU Anschutz, discussed the university’s role in rising to mental health care challenges across Colorado; Robert Kaufman, visiting scholar of conservative thought and policy at CU Boulder, who said the program has become a template for others nationally. 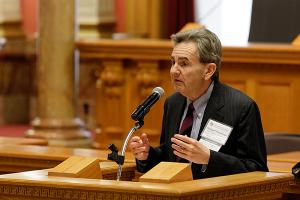 “Academic freedom at the highest level is not an issue that is partisan, but one that should engage all Americans of goodwill. It’s a fight worth fighting for everyone,” Kaufman said. “My only suggestion for the program is my hope that in the years to come, the University of Colorado broadens it, deepens it and institutionalizes it with an endowed chair.” 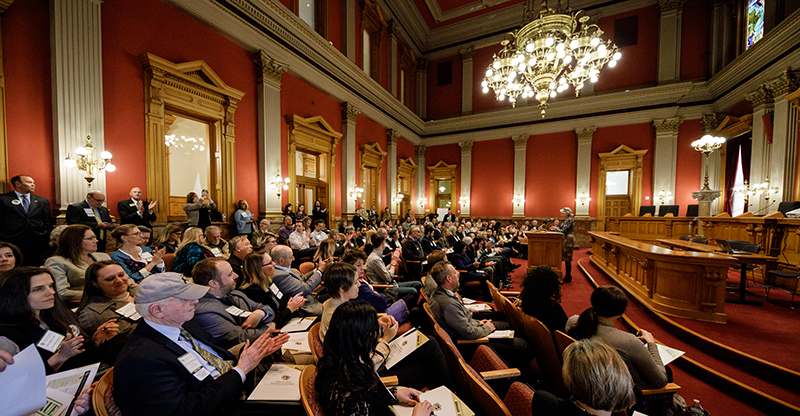