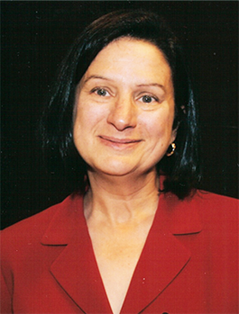 Thanks to more than $2 million in private support — including a $1 million lead gift — the Center for Women’s Health Research (CWHR) at the University of Colorado Anschutz Medical Campus has successfully completed an 18-month effort to endow a chair for the center’s directorship. The inaugural holder of the Judith and Joseph Wagner Endowed Chair in Women’s Health Research is Judith G. Regensteiner, Ph.D., School of Medicine professor and CWHR director.

“It is an extraordinary honor to hold this chair, and it has been inspiring to see the community show such partnership and support for our mission,” says Regensteiner, who is nationally recognized as a leading advocate for women’s health research and whose internationally regarded research focuses on the effects of diabetes on the cardiovascular system. “We are confident that CWHR will return the favor — as a foundation for groundbreaking research that will help improve treatment of many diseases, beginning with cardiovascular disease and diabetes in women.”

The endowed chair also is a mark of prestige for the CWHR as the center seeks to grow its profile and impact regionally and nationally. Regensteiner co-founded CWHR in 2004 with colleagues Joann Lindenfeld, M.D., and Lorna Moore, Ph.D., with the goal of increasing the body of knowledge about the impacts of cardiovascular disease and diabetes on women. The three-part mission of the CWHR is to conduct key research on women’s health and sex differences, mentor the next generation of researchers in women’s health and sex differences, and educate the public and health care providers.

More than 30 advisory board members and other individuals from the Denver community made gifts to the chair, led by Judith and Joseph Wagner, who committed $1 million to the effort — half of which was a matching grant to spur added community support.

“This center has been built upon the contributions from influential women and men throughout the region — gifts of time, ideas and resources,” says Judith Wagner, who was the founding chair of the CWHR advisory board. “With Judy Regensteiner’s leadership, we know the work accomplished by the center will ultimately save lives.”

Many unanswered questions remain regarding the differences of men and women in terms of prevention, diagnosis and treatment of many different diseases. Medical research rarely addressed these issues until relatively recently; until the early 1990s, women were systematically excluded from many clinical trials, for fear it would harm their reproductive capabilities.

Currently, 24 junior researchers are affiliated with the CWHR and are mentored by its senior faculty as well as other faculty at the university. As an interdisciplinary group, these junior faculty specialize in endocrinology, cardiology, pediatrics or gerontology, and women’s health and/or sex difference research is an integral aspect of their various projects. The CWHR also has received significant grant funding including $2.5 million, five-year training grant from the Office of Women’s Health Research at the National Institutes of Health.

Each fall, CWHR also hosts a highly successful community luncheon, with high-profile speakers including restaurateur Alice Waters and radio host Mother Love. The next luncheon (Sept. 26) will feature a speaker on the topic of sleep disorders. Other CWHR educational events seek to educate health care providers as well as community members.