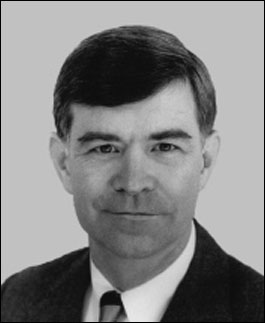 The governor's office announced Skaggs' resignation last Thursday in a news release, but did not offer a specific reason for his departure.

However, according to two reports in The Denver Post last week, Skaggs was at odds with the governor over "a matter which ... we could not agree," and with the state's college presidents over the length and timing of a planning study for Colorado's public colleges and universities. Some higher education leaders were concerned that the proposed study did not address significant revenue shortfalls, according to the reports.

Recently, Ritter and his budget office announced that higher education had to be cut by another $81 million to help close a $318 million state budget shortfall. The announcement came shortly after a July legislative hearing in which Skaggs warned state lawmakers that higher education was heading for an "absolutely breathtaking" fiscal cliff in two years when federal stimulus dollars expired.

To qualify for federal stimulus funding, Colorado could not cut higher education to levels below what universities received in state funding in 2006. To bypass that requirement, however, Colorado could apply for a waiver that would enable the governor to slash education even after the state received federal stimulus funding. The state reportedly has filed for the federal waiver, but the status of that request remains unclear.

Skaggs' resignation will become effective on Sept. 11, and the governor's office expects to name his replacement in the near future.

"It is with great regret that I have accepted David's resignation," Ritter said in a news release. "He is an extraordinary public servant and someone of strong principles and integrity. He is a good friend, and on behalf of the people of Colorado, I thank him for his service and dedication. Together, even in the face of the most difficult economic times in generations, we have helped keep higher education affordable and accessible for Colorado students."

For his part, Skaggs said he was grateful to have had the opportunity to work with the governor's office on higher education issues.

"We have strengthened our higher education system, both in terms of additional funding even in a tight economy, and in implementing important reforms that position Colorado well for the future," he said.