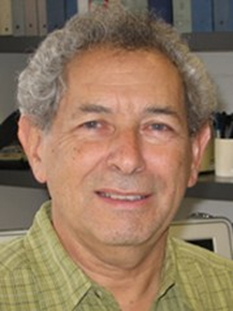 Nationally renowned molecular biologist Tom Blumenthal, Ph.D, has been named the new executive director of the Linda Crnic Institute for Down Syndrome, headquartered at the University of Colorado School of Medicine on the CU Anschutz Medical Campus.

Blumenthal, who is leaving his post as chairman of the Molecular, Cellular and Developmental Biology (MCDB) Department at the University of Colorado Boulder, brings an impressive track record of academic management and basic science experience to his new role.

“Morally, I believe we are obligated to help people through scientific study,” Blumenthal said. “Scientifically, I am intrigued with the Crnic Institute’s mission to eradicate the medical and cognitive ill effects associated with Down syndrome. Given current technological advances, I believe we have a fighting chance at delivering. My first focus will be to dramatically increase the amount of research the Crnic Institute is engaged in and to initiate a competitive Grand Challenges grant program within the University of Colorado system.”

“We are excited about the leadership, scientific knowledge, professionalism and passion Dr. Blumenthal brings to the Crnic Institute,” said John J. Sie, co-trustee of the Anna and John J. Sie Foundation and founding donor of the Crnic Institute. “With Tom at the helm, we are confident our $22 million donation will create unprecedented excellent quality medical care but also important basic research benefiting people with Down syndrome.”

“Dr. Blumenthal has already started major research initiatives that we can galvanize our community around, fundraise for and educate societ about,” she said. “We couldn’t be more excited.”

Lilly Marks – a Crnic Institute Board of Directors member, vice president for health affairs at the University of Colorado and executive vice chancellor of the Anschutz Medical Campus – welcomes her distinguished colleague.

“Tom’s deep network of scientific colleagues on both campuses puts him in a unique position to galvanize research benefiting people with Down syndrome,” she said. “He has the scientific leadership that is important for a multidisciplinary, multicampus effort to ameliorate the adverse effects of Down syndrome.”

Blumenthal served as two-term chair for the MCDB Department at CU-Boulder. Before that, he was chair of biochemistry and molecular genetics at the CU Health Sciences Center for eight years. He also spent many years as chair of biological sciences at Indiana University, Bloomington.

Blumenthal earned his undergraduate degree in biology at Antioch College in 1966. He was a National Science Foundation fellow during his graduate work at Johns Hopkins University, from which he received his Ph.D. in genetics in 1970. He was awarded the Helen Hay Whitney Foundation Postdoctoral Fellowship, which he completed at Harvard University’s Department of Biochemistry and Molecular Biology in 1973.

Blumenthal is the author of more than 100 scholarly articles and one book, and currently sits on the editorial boards of the journals RNA, Molecular and Cellular Biology, Transcription and Worm, in addition to the online book Wormbook.

He has served on the boards of directors of the American Medical and Graduate Departments of Biochemistry, the American Society of Biochemistry and Molecular Biology, the RNA Society and the Scientific Advisory Board of Wormbase, the C. elegans database. He also served as a member of the University of California Science and Technology Committee and the Scientific Advisory Boards of the Biological Science Divisions of the Los Alamos and Lawrence Livermore National Laboratories. He was elected to membership in the American Academy of Arts and Sciences in 2010.

Blumenthal’s research in the area of gene expression concentrates on mechanisms of pre-mRNA processing in C. elegans and how that relates to organization of genes on chromosomes. Blumenthal’s work with the C. elegans model system even has possibly significant implications for understanding Down syndrome, despite its seemingly distinct focus.

“We do not currently understand how an extra copy of chromosome 21 results in all the many effects seen in people with Down syndrome, but dramatic changes in gene expression may be the most likely explanation,” Blumenthal said. He is excited to have the opportunity to facilitate putting together research teams to test ideas like this, both to understand the causes of, and the benefit to those who have, Down syndrome.

Tagged with:
Linda Crnic Institute for Down Syndrome, MCDB, School of Medicine

Send your thoughts and suggestions for the Newsletter.
END_OF_DOCUMENT_TOKEN_TO_BE_REPLACED