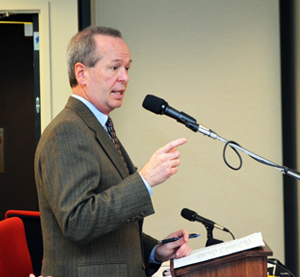 The University of Colorado Board of Regents on Wednesday heard revised 2012-13 tuition proposals for each of the university’s four campuses as well as a breakdown of how the tuition would be spent. A vote on tuition is expected in April.

The board had initially reviewed tuition proposals from the campuses during a Jan. 11 special meeting and had asked the administrative staff to develop alternative proposals that re-examined tuition increases and included elements of a linear model and a guaranteed rate model.

Each campus proposal included a merit-based salary pool of 3 percent for faculty and exempt professionals and a possible one-time bonus for classified staff. Under the proposals, employees earning $175,000 or more would not qualify for raises, and raises would be capped at $3,000 for employees earning between $100,000 and $175,000. Regents on Wednesday asked that each campus present tuition models that did not include the proposed compensation pool.

The total estimated revenue generated from the tuition proposals would be $7.7 million, to counter a FY 2012 estimated state tax funding reduction of $6.4 million.

University of Colorado Colorado Springs Vice Chancellor of Administration and Finance Brian Burnett outlined the UCCS proposal that called for a 7 percent rate increase, or $16 per credit hour. Full-time students taking 15 credit hours would pay $6,720 in 2012 and $7,200 in 2013. Total revenue generated is estimated at $6.6 million, countering $6.3 million in state funding cuts since 2009.

Parker said each school and college at the CU Anschutz Medical Campus assesses its peer situation annually and determines how much it can increase tuition in light of state economics, regent guidance, debt load and the peer market.

While guaranteed tuition rates are not feasible for the upcoming school year because of time restraints in implementation, the regents unanimously agreed to continue the discussion.

In the public comment period, student Carly Robinson, CU-Boulder Student Government vice president for internal affairs, encouraged the board to continue working toward guaranteed tuition. “It would be helpful to students and their families to have a multiyear plan,” she said.

Tagged with:
Board of Regents, tuition