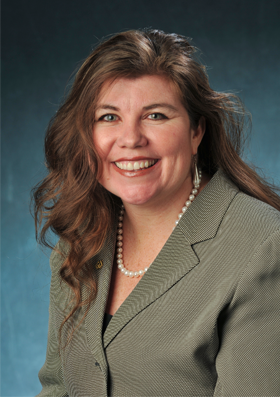 With the 2014 legislative session underway, the Office of Government Relations is front and center at the state Capitol and in Washington, D.C., tracking key pieces of legislation and budget items that have the potential to affect CU and other institutions of higher education.

Q: How is the session going so far?

A: We’re really excited to get things underway. We had great news this year because Senate Bill 1 was introduced – it includes $100 million in new funding in the governor’s budget for higher education.

Q: What does the proposed boost in funding mean for the university, and what does it say about the future?

A: This is the first time in several years we’ve seen an increase for higher education. It’s great that we’re seeing a big emphasis placed on higher education by the Legislature. That’s really positive, because we’ve seen so many cuts in recent years.

Q: How do you view the role of Government Relations at the Capitol?

A: We want to be utilized as a resource for policymakers. We make sure we communicate information about key legislation to interested parties across the university. That can range from capital construction projects to plumbing to financial aid to academic research facilities – there’s a wide array of subjects. We advocate for more operating dollars and capital construction. We also track and lobby key health care policy legislation.

Our office really serves as a resource to key policy makers: We provide background, fact sheets or expert witnesses on key policies or legislation. We work with faculty, staff and student groups, hosting them at the Capitol. It’s our office’s pleasure to serve the internal CU community and external policymaker community to make sure CU is represented front and center on policy issues.

Q: How is the tone of discourse at the Capitol different during an election year such as this one?

A: We tend to see many different issues come up in an election year as both Republicans and Democrats are vying to either retain the majority or take back the majority. Currently, both houses and the executive branch are controlled by Democrats. And Gov. Hickenlooper is running for re-election in this cycle. His opponents include state Sen. Greg Brophy, Secretary of State Scott Gessler, former state Sen. Mike Kopp and former U.S. Rep. Tom Tancredo.

Our office has critical ties with both Republicans and Democrats. It is critical that we have support from all entities, no matter who is in the majority.

Q: The community college bill has been of great interest to faculty. What’s the latest on Senate Bill 4?

On Tuesday, it passed unamended on second reading in the senate. Sen. Rollie Heath and other legislators expressed appreciation for CU and other institutions working together on a compromise over the interim.

We will continue to monitor the bill as it moves through the Legislature.

Q: What key dates on the calendar are you anticipating this session?

A: On Feb. 24, we will be featuring our CU-Boulder students in Washington, D.C., to celebrate the opening of the CU in D.C. program’s office there, and to launch the year-round academic program. Many of our CU students are legislative aides and interns in Washington and here at the Capitol.

March 17 is CU Advocacy Day here at the Capitol. It will spotlight the importance of Alzheimer’s disease research and the featured guest speaker will be Huntington Potter, Ph.D., who is professor of neurology and director of Alzheimer's disease programs at the CU School of Medicine Department of Neurology and Linda Crnic Institute for Down Syndrome.