Erin Giles is searching for metabolic links between obesity and cancer. Jason Duex is trying to determine how to inhibit a tumor-forming protein in cancers. Kimberly Cox-York is striving to advance the world's understanding of the role estrogen plays in heart disease.

All three are University of Colorado Denver lab researchers, and are among the estimated 800 postdoctoral fellows on CU's campuses.

On Thursday, Sept. 24, their advisers and other supporters will celebrate their contributions on the first National Postdoc Appreciation Day, sponsored by the National Postdoctoral Association. CU is one of 60 academic institutions in 27 states and Canada that will mark the occasion, expected to be an annual event.

"The purpose is to celebrate the significant contributions that postdoctoral scholars make to the U.S. scientific enterprise and, at the same time, to increase awareness of these contributions," said Valerie Saltou, a coordinator in the UC Denver postdoctoral office.

Saltou said postdoctoral scholars come to CU armed with advanced degrees, and receive training under senior scientists with the goal of becoming independent researchers prepared to run their own labs. Others aim to become bioscience entrepreneurs. As postdoctoral fellows, they provide invaluable training to undergraduate and graduate students, and critical feedback to their advisers.

"Beyond performing much of the day-to-day oversight and labor for experiments, fellows provide critical scientific debate and discussion that makes the overall pursuit of knowledge not only more rigorous, but also more interesting," said Paul MacLean, Ph.D., an assistant professor in the School of Medicine's Division of Endocrinology, Diabetes and Metabolism. "Fellows are much more likely than graduate students or technicians to challenge their mentors' dogma, to pursue alternative explanations, and to spend extra time and effort finding or acquiring data to support their own arguments."

MacLean said postdoctoral researchers are "inherently involved in adjusting the direction and focus of their mentor's lab, while creating a niche for their independent pursuits. This type of intellectual interaction is a fundamental part of their progression towards independence, but its value to their mentor's research program is greatly underappreciated."

John H. Freed, Ph.D., dean of the Graduate School at the University of Colorado Anschutz Medical Campus, held two postdoctoral positions when he was younger, and is credited with lobbying for greater visibility and prestige for UC Denver postdoctoral researchers.

"Far too often, postdocs have been relegated to the role of unsung heroes at universities," said Freed, who has mentored several fellows. "Postdocs are a critical component for the overall research productivity of the university. National Postdoc Appreciation Day gives us all a chance to tell postdocs how much we appreciate their hard work and contributions." 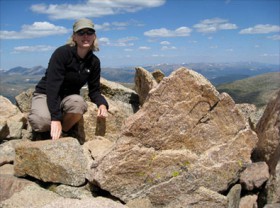 Giles atop Colorado's Mount Bierstadt during a climbing expedition.

As a doctoral student, Erin Gilesbecame intrigued with the biology of breast cancer. Why did it often spread to bone? To get to the bottom of her question, she immersed herself in molecular biology. Along the way, she realized she wanted to pursue a more whole-body approach in her research.

Paul MacLean, Ph.D., an assistant professor in the school's Division of Endocrinology, Diabetes and Metabolism and Giles' mentor and adviser, told her his research team collaborated with the university's nationally regarded Center for Human Nutrition, and that his lab was in the midst of developing a rat model of obesity and postmenopausal breast cancer.

"It seemed like a perfect fit," said Giles, a native of Dorchester, Ontario, Canada. "I would have the opportunity to learn how to conduct metabolic studies, and I would be bringing with me some expertise in breast cancer biology that would be an asset in Paul's group."

As she looks toward her future, Giles feels confident her experience will help not only her career, but other people as well.

"I'm hoping the studies I'm currently conducting will increase our understanding of the link between obesity and cancer, and that the knowledge from my work can be used to improve patient care in the future," she said. 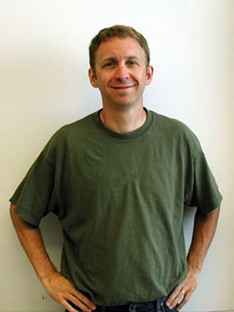 Jason Duex likes solving riddles. Right now, he is trying to unravel the mystery behind the letters EGFR. Sure, he knows what the letters stand for — epidermal growth factor receptor — but what he really wants to know is how to inhibit the tumor-forming protein in many types of cancers.

To do that, the Sun Prairie, Wis., native is conducting research in the lab of Alexander Sorkin, Ph.D., an associate professor of pharmacology at the School of Medicine.

Duex (pronounced "do") earned a bachelor's degree in biology at the University of Wisconsin and a doctorate in biochemistry at the University of Iowa. Counted among the ranks of postdoctoral researchers at CU, he believes such work is the driving force behind research at any major university.

"Postdocs generally bring more experience and innovative thinking than students and technicians, while at the same time having fewer university commitments than faculty," he said. "This leads to more research publications, which ultimately helps faculty and the university secure more funding. This is not to detract from what students accomplish. If it weren't for students, there wouldn't be any postdocs."

While faculty and students appreciate postdoctoral fellows for their research and classroom experience, many university administrators don't know what to make of them, Duex said.

But, Duex said, "Like students, postdocs are also future ambassadors for the university," especially as they advance in their careers and share stories about their postdoctoral research experience at CU. Eventually, Duex would like to become a tenured faculty researcher.

Before then, however, he will continue to try and solve the riddle behind the letters EGFR.

Colorado native gets to heart of matter with estrogen research 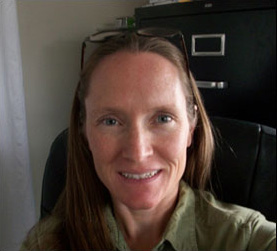 Kimberly Cox-York spends a lot of time contemplating where fat is stored in the human body.

The Cripple Creek native is not an athletic trainer or a diet guru. She's trying to determine how estrogen regulates fat and stores it in hips, thighs and the midsection. It's all part of her efforts to advance our understanding of the role the hormone plays in women's risk of developing heart disease.

Cox-York is conducting postdoctoral research alongside her adviser Rachael E. Van Pelt, Ph.D., in the Investigations in Metabolism, Aging, Gender and Exercise (IMAGE) group in the School of Medicine's Division of Geriatrics.

Historically, she said, postdoctoral scholars have been viewed as "cheap labor — highly skilled, but often not given much creative license." That attitude appears to be changing.

"There is more emphasis on training the fellow in developing well-thought-out research plans, grant and manuscript writing, and managing a research lab or project," she said. "Postdoctoral researchers are a critical link in the research chain. They are not only a major driver in conducting the research itself, but they bring unique experiences and skills that advance the objectives of established research labs."

Once her tenure at UC Denver ends, Cox-York's goal is to become an independent, translational researcher in cardiovascular disease and adipocyte (fat cell) biology.

"The supportive environment of the IMAGE group allows me to hone technical skills, as well as develop the experimental design and writing techniques that are so critical for success in research," Cox-York said.