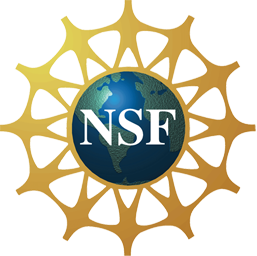 The National Science Foundation has awarded a $12 million grant to a University of Colorado Boulder-led team to explore ways to maximize the benefits of natural gas development while minimizing negative effects on ecosystems and communities.

Led by professor Joseph Ryan of CU-Boulder’s civil, environmental and architectural engineering department, the team will examine social, ecological and economic aspects of the development of natural gas resources and the protection of air and water resources. A part of NSF’s Sustainability Research Network initiative, or SRN, the project will focus on the Rocky Mountain region, where natural gas development, as well as objections to it, are increasing.

“We all create demand for natural gas so we have to accept some of the outcomes of its extraction,” Ryan said. “Our goal is to provide a framework for society to evaluate the trade-offs associated with the benefits and costs of natural gas development.”

The SRN team assembled by Ryan includes air and water quality experts, social scientists, human health experts, information technology experts and a substantial outreach and education effort. The SRN team will be advised by an external committee that includes representatives of the oil and gas industry, regulatory agencies, environmental organizations, local governments, academia and Native American tribes. Preparation of the SRN proposal to the NSF was fostered by CU-Boulder’s Office for University Outreach, which supported the creation of the Colorado Water and Energy Research Center, Ryan said.

As part of the effort, Ryan said team members will review industry practices for hydraulic fracturing, which involves pumping pressurized water, sand and chemicals deep down well bores to crack rocks and free petroleum and natural gas for easier extraction. The team will evaluate the current state of drilling technology, the integrity of well bore casings and natural gas collection mechanisms and processes.

Hydraulic fracturing requires large volumes of chemically treated water – most wells require between 3 million and 5 million gallons of water each, say experts. The fracturing fluid left in the ground, as well as the fluid that returns to the surface, known as “flowback,” present potential ecological and health risks if not handled properly, Ryan said.

While oil and gas extractions from hydraulic fracturing also result in atmospheric emissions of some greenhouse gases and volatile organic compounds, natural gas is nevertheless seen by many as a “bridge fuel” that leads away from dirty coal combustion toward cleaner sustainability methods, said Patrick Bourgeron, associate director of the SRN and a fellow at CU-Boulder’s Institute for Arctic and Alpine Research.

As part of the project, a team led by CU-Boulder Professor Harihar Rajaram will be investigating the hydrologic processes tied to potential risks of natural gas and oil extraction, including groundwater and aquifer systems. The team also plans to assess the risk of natural gas and oil extraction to water quality and mitigation strategies that involve improvements in current water treatment technology.

Professor Jana Milford of CU-Boulder’s mechanical engineering department will lead a team monitoring and modeling the potential risks of natural gas and oil development to air quality. Professor John Adgate of the Colorado School of Public Health in Denver will spearhead a team assessing the potential risks of natural gas development to public health.

“The geology doesn’t change, the price of gas doesn’t change and the extraction methods are the same,” Williams said. “But for the most part, Boulder County opposes hydraulic fracturing while Weld County generally embraces it.”

Ryan said the network’s research findings eventually will be shared with the public through an extensive outreach and education effort led by SRN co-investigator and CU-Boulder professor Patricia Limerick of the Center of the American West. The effort includes a “citizen science” component in which the public is encouraged to make science measurements, including air quality readings made with portable instruments compatible with smart phones, and share the results with the SRN research team.

“The citizen science aspect of this effort will result in a stronger connection between the public and the science used to make regulatory decisions,” said professor Michael Hannigan of CU-Boulder’s mechanical engineering department and one of the co-investigators on the SRN project.

Natural gas production, especially the use of hydraulic fracturing, has become the subject of intense controversy, Limerick said.

“Some people living in proximity to well sites are understandably worried and anxious, often feeling powerless as they confront a possible threat to their health and to the quality of their lives,” she said. “Environmental advocates find themselves pulled between the climate benefits of natural gas, which releases significantly less carbon in combustion than coal, and the disturbances associated with natural gas extraction.”

Outreach events will include periodic town hall meetings around the West. There also will be SRN meetings involving engineers, natural scientists and social scientists to stay abreast of the latest technologies and evolving socioeconomic factors regarding natural gas production, Limerick said.

The CU-led research team and a second team from Penn State were chosen from more than 200 SRN proposals by the NSF as part of its Science, Engineering and Education for Sustainability program. The $12 million award to CU-Boulder is for five years.

Launching a career in space

Send your thoughts and suggestions for the Newsletter.
END_OF_DOCUMENT_TOKEN_TO_BE_REPLACED