Chance Hill and Lesley Smith, the newest members of the University of Colorado Board of Regents, and the re-elected Glen Gallegos took their oaths of office at a Jan. 9 ceremony at CU Denver, where they were joined by family members, friends, fellow board members and many others from the CU community.

About 60 people attended the swearing-in ceremony in the lobby of the Student Commons Building. Nathan B. Coats, chief justice of the Colorado Supreme Court, presided.

Smith, D-Boulder, in November won statewide election to an at-large seat on the board. A longtime faculty member, she arrived at CU Boulder and the Cooperative Institute for Research in Environmental Studies (CIRES) in 1989 and worked 29 years as an educator and research scientist. She retired in April. 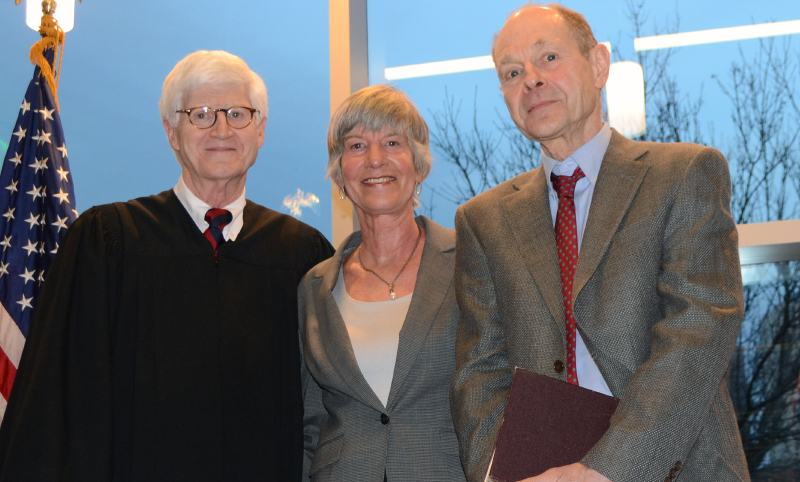 Smith’s election marks the first time women have held a majority on the nine-member board – a historic achievement she noted at the event. During her campaign, when she met with newspaper editorial boards, she often was asked to talk politics.

“I told them, ‘I’m a Democrat, but I truly believe education is nonpartisan,’” she said.

Hill, R-Colorado Springs, represents District 5. A Colorado Springs employment attorney, he previously served as an officer and analyst with the CIA and in the Navy, which included a one-year deployment to Iraq. 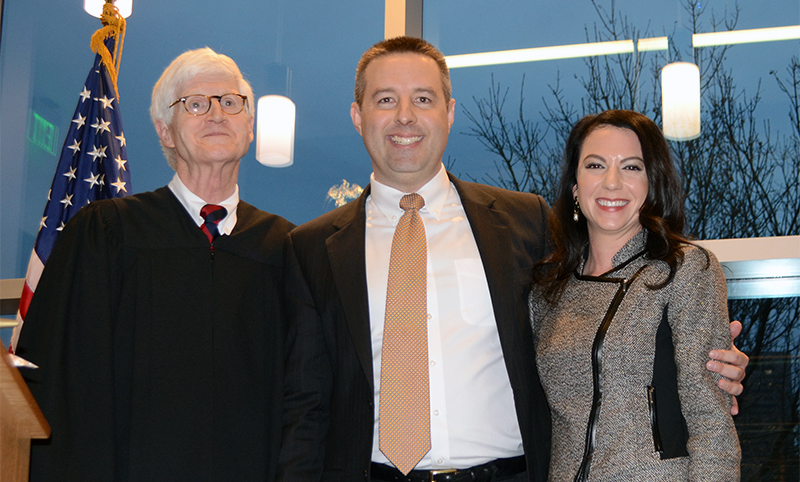 “I look forward to working with and learning from so many of you here tonight to champion the CU system,” Hill said. “I appreciate your time and support. From here on out, moving forward and forever, go Mountain Lions, go Lynx and go Buffs.”

Gallegos, R-Grand Junction, represents District 3. He worked for 26 years as a teacher, coach, principal and executive director of instruction for Eagle and Mesa County school districts. He retired in 1997 and joined the family construction business, The Gallegos Corp., as president of operations. 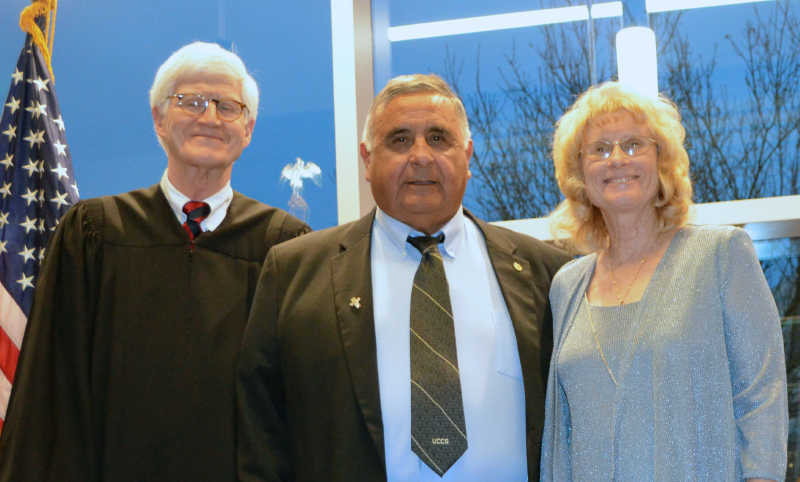 “Believe me, you don’t do a campaign across the 3rd Congressional District – where we drove about 20,000 miles this time, a few more the first (campaign) – and not have some support from your family – but especially my wife of 44 years, Diane,” said Gallegos, who also expressed his appreciation to his fellow board members. “We don’t always agree, but I see the energy you put into it and the decisions that you make and how hard you work at it.”

President Bruce Benson congratulated the three and braced them for the responsibilities of the next six years.

Topping the board’s to-do list this year: choosing a successor to President Benson, who has said he will retire from the university in July.

“This place is a real challenge even on really good days,” Benson said. “But if you keep the best interests of CU and the state of Colorado in the forefront of your mind, we will all benefit.”

Tagged with:
Board of Regents, Hill, Smith, Gallegos, Bruce Benson