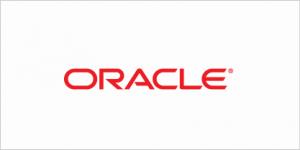 The University of Colorado will save nearly $15 million over the next decade because of a new Oracle contract negotiated by University Information Services (UIS) and several other system administration teams.

The projected savings came about after CU advocated for a new higher education pricing model. Oracle responded by offering a model that replaces an annual per-user license pricing with a more predictable university-wide price.

“We have incredible people across CU, supporting our world-class educational and research institutions while driving efficiencies,” said Scott Munson, associate vice president and chief information officer for UIS. “This is one of those opportunities where many came together to make a positive impact on CU both today and well into the future.”

Oracle database and infrastructure technologies power services used by every CU student, faculty and staff member. For students, this encompasses services like applying to CU, selecting their schedules and ensuring they take the right classes to graduate. For faculty, it includes entering grades, applying for grants, monitoring elements of sponsored research and more. For staff and faculty, Oracle services facilitate being hired to the university, receiving benefits and getting paid on time.

Every spring, Oracle requires an annual verification process for all CU campuses to confirm the number of students, faculty and staff. As CU continues to grow, the university is expected to expand its licenses and support, which cost more each year.

In late 2016, UIS requested a more predictable model from Oracle in contrast to the annual process, which was triggering large budget requests every few years depending on CU’s growth. At the time, Oracle did not have a model in place for higher education but promised to assess options. In 2018, Oracle told UIS they were offering a new model for selected universities, which could apply to CU.

To determine if the new model would work for CU, UIS collaborated with Budget and Finance, Legal and Procurement departments from system administration. Over the past three years, hundreds of hours have gone into making this contract a reality.

The negotiation had two main outcomes:

Saves money for CU: The budget modeling showed CU would save or avoid future costs of nearly $15 million over a 10-year period, which is a direct benefit to maintaining an affordable education, aligning with the CU Board of Regents’ vision.

Transformation and Innovation Program in transition as projects move forward

Send your thoughts and suggestions for the Newsletter.
END_OF_DOCUMENT_TOKEN_TO_BE_REPLACED