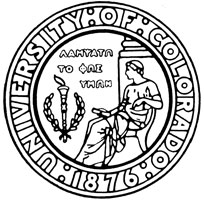 Discussion about the Board of Regents draft mission statement focused on the issue of whether it should refer to three institutions or four in the University of Colorado system, or not list a number at all.

The board drafted the statement at its retreat in the summer with the help of chancellors and senior staff. It is intended to be a general guidepost for the university. The draft and its attendant guiding principles will return to the board for a vote in November.

Earlier in the summer, the board had adopted a resolution stating that for branding and marketing purposes, CU would comprise four campuses: Boulder, Colorado Springs, Denver and the Anschutz Medical Campus. For purposes such as accreditation and federal grant submission, UC Denver would remain a consolidated institution under its current single name.

The current draft states, "The University of Colorado is a multi-institution public research university serving Colorado, the nation, and the world through leadership in high-quality education and professional training, public service, advancing research and knowledge, and state-of-the-art health care. Each of its institutions is established in the Colorado Constitution and has a distinct role and mission articulated in state statutes."

Previous drafts noted "Each of its three campuses ..."

UCCS Chancellor Pam Shockley-Zalabak said specifying the number of campuses is not as important as reflecting the university's fundamental focus and noting that CU is a multicampus institution.

"We really need to think about what a mission statement is," she said. "It must reflect the core mission of what you're about and I think it does that no matter if it has the number or not."

Still, the board had extensive discussion about whether the number of campuses should be in the statement and, if so, what that number should be.

"There appears to be a lot of confusion here," said Regent Michael Carrigan (D-Denver). "We need to have more discussion."

The board agreed to forward the draft document to system governance groups. "We certainly want to give them the opportunity to give us feedback," said Regent Tom Lucero (R-Loveland), chair of the board's Laws and Policies Committee, which will make recommendations on language before bringing the mission statement back to the full board.

The regents discussed how the university and its campuses are referred to in the Colorado Constitution and state statutes. University Counsel Dan Wilkerson told the board the constitution and statutes are inconsistent in references to CU. The constitution refers to three campuses in Boulder, Colorado Springs and Denver, and gives the regents authority to operate "all or any part of the schools of medicine, dentistry, nursing and pharmacy â€¦ at Denver. The constitution also provides that, with prior approval of the legislature, the board has the discretion to establish and maintain "medical center, or branches of such institutions in any part of the state."

In statute, there are role and mission statements for four campuses. Throughout the constitution and statutes, CU is referred to in various ways: campuses, institutions or universities.

Regent Joe Neguse (D-Boulder) said the statement should be as direct as possible. "I don't think ambiguity is a good thing in our governing documents," Neguse said. "I think it lends itself to confusion and I think we can clear up that confusion."

But Wilkerson said tracking the constitution and statues for consistency's sake would be difficult.