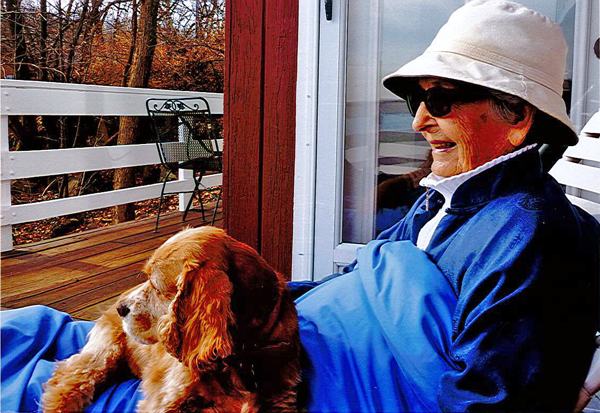 With only $250 to her name for tuition upon enrolling in the University of Colorado School of Medicine in 1932, Mary E. Mercer (’43) several times had to suspend her medical education to earn money in various jobs before finally graduating 11 years later, at a time when few women earned M.D.s.

To honor the support that helped her resume her medical education, Mercer upon her death last year left more than $500,000 to support School of Medicine students inconvenienced by personal emergencies, such as family health issues, that might otherwise prevent them from graduating. This bequest adds to more than $100,000 in gifts she made to this fund starting in 2000.

“She was a wonderful human being that was very appreciative of the CU School of Medicine and the opportunities she had so she wouldn’t have to permanently drop out of medical school,” says Marsha Dawe, a retired CU planned giving officer and decade-long acquaintance of Mercer. “She was a lovely person—very knowledgeable and very highly regarded.”

Born in Connecticut in 1911, Mercer was influenced by her mother, a nurse, and her father, a country doctor. During World War II, female physicians were in high demand as U.S. hospitals sought to replace male physicians serving overseas. So, after her School of Medicine graduation, Mercer accepted a pediatric internship at Cornell Medical Center, where she ultimately headed the division of child development at the center’s Department of Pediatrics.

Among Mercer’s patients was renowned author Carson McCullers, who befriended Mercer and introduced her to other writers and artists from whom Mercer drew inspiration.

Mercer’s experiences are reflected in her own 1997 book, “The Art of Becoming Human.” In that book, which mixes her pediatrics experience with detail from her private life, Mercer wove in quotes to inform insights into dealing with love and separation.

“The purpose of a long life is to recover from the dark, secret love of our own opinions, and to acknowledge the blaze of truth in every moment, which helps us to become wiser and more understanding and compassionate with each other," Mercer wrote.

Though briefly married, Mercer devoted her energies to treating patients, even seeing children of former patients into her 80s at her Nyack, N.Y. practice. Mercer’s was a full life lived with compassion and selfless generosity. Though she began supporting “special-situation” students at CU more than a decade ago, she never met her student beneficiaries so that students would never feel they owed her anything.

About her book’s title, she wrote: “The key word in the title, ‘The Art of Becoming Human,’ is, of course, becoming. To be human in its best sense is to treat others as we wish to be treated.”