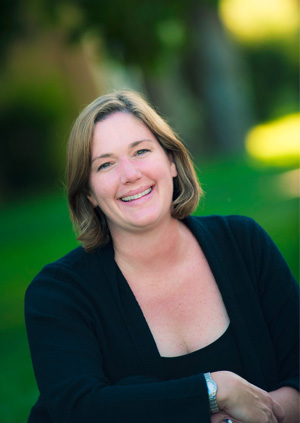 Melissa Hart, an associate professor at the University of Colorado Law School, is the 2011-2012 recipient of the Chase Faculty Community Service Award.

The $10,000 endowment by Chase is granted to a full-time CU faculty member who provides exceptional service to the community. A systemwide advisory council recommends an award-winner to CU President Bruce D. Benson, who bestows the honor. Hart will be recognized by the CU Board of Regents at an upcoming meeting.

Hart has taught at the University of Colorado Law School since 2000. In 2010, she became the director of the Byron R. White Center for the Study of American Constitutional Law. She also conceived and has served as coordinator of the law school’s Public Service Pledge Program, which encourages law students to provide pro bono legal work to needy populations and underfunded entities.

“Professor Hart has worked extensively with numerous organizations to find volunteer opportunities for students to fulfill their pledges,” wrote professor Helen Norton in her nomination. More than a quarter of all law students take the pledge. Many of them work well over the minimum of 50 volunteer hours, with more than 11,500 hours volunteered by students this academic year. “Thus the Pledge Program not only has made a huge difference in many Coloradans’ lives, but also has let students participate in important civic and humanitarian work, and has substantially strengthened campus-community ties.”

Said Phil Weiser, dean of the University of Colorado Law School, “Through Melissa's dedication to public service, hard work, and leadership, she is supporting and inspiring the next generation of the legal community to pay it forward by serving Colorado and the nation. We are most fortunate to have her as part of our team here at Colorado Law.”

Hart is active in the legal community, serving on the Colorado Supreme Court’s Judicial Ethics Advisory Committee and Board of Continuing Judicial and Legal Education. She has authored amicus briefs in employment discrimination cases and constitutional cases before the U.S. Supreme Court and in other courts across the country.

“I am deeply honored by this award and grateful for the opportunities I have had to work with CU students and colleagues on projects that increase access to justice in Colorado and serve communities beyond the university walls,” Hart said.

The Chase Faculty Community Service Award is funded annually by an endowment from the JPMorgan Chase Foundation through the CU Foundation, established in 1991 with a $100,000 donation. The endowment provides an annual award of $10,000 to a full-time faculty member at the University of Colorado who has rendered exceptional service in his or her community.

“Professor Hart’s leadership is exactly what the Chase grant was designed to celebrate,” said Todd Munson, president of JPMorgan Chase in Colorado. “Her efforts to inspire future lawyers to begin giving back while they’re still in school will create lifelong habits that make communities stronger.”

Send your thoughts and suggestions for the Newsletter.
END_OF_DOCUMENT_TOKEN_TO_BE_REPLACED