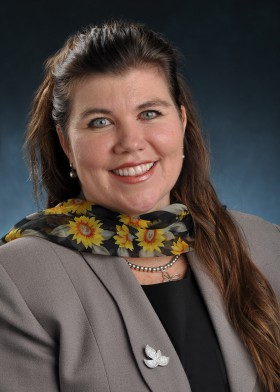 Health care, biotech research, campus achievements, community partnerships, and higher education funding were among the issues tracked this summer by the University of Colorado's government relations liaisons in Colorado and in Washington, D.C.

In addition, both state and federal government relations staff coordinated campus tours for members of Colorado's congressional delegation so they could meet with chancellors and other campus leaders, and get up-close views of some of the projects being spearheaded by CU faculty researchers.

"We appreciate all the support each campus gives us in making these opportunities available for our state and federal leaders," Kelly-Bowry said.

Other efforts by the university's government relations team included indentifying funding opportunities for CU-Boulder's JILA and the Center of the American West, UC Denver's Linda Crnic Institute for Down Syndrome, and other research centers and institutes around the CU system.

In addition, federal government relations Executive Director David Sprenger, who is based in Washington, D.C., and Director Lynne Lyons, who is based mostly in Denver, worked with all four CU campuses to generate ideas for fiscal year 2011 appropriation requests.

Colorado congressional leaders met with Lyons and other government relations staff over the summer to discuss CU research and partnerships with the National Renewable Energy Laboratory (NREL) in Golden, and other energy research initiatives. In June, Sen. Michael Bennet, D-Colo., and CU-Boulder Chancellor Phil DiStefano met with members of the state's Energy Collaboratory to discuss how CU and its partners are working with NREL to develop new energy technologies.

At the state level, CU's government relations office, led by Director Kirsten Castleman, also facilitated campus tours for Colorado lawmakers, who met with chancellors and other university leadership and toured facilities such as the Anschutz Medical Campus and the Auraria Higher Education Center.

Though the Colorado General Assembly is out of session, Kelly-Bowry said members continue to meet in several interim committees of interest to CU, including the Long-Term Fiscal Stability Commission, whose mission it is to consider and attempt to solve Colorado's "fiscal crisis."

"Funding higher education is a large part of this conversation," Kelly-Bowry said.

Other legislative committees that met over the summer include the School Finance Interim Committee, the health care Task Force, and the interim committee discussing Pinnacol Assurance issues.

Aug. 5, the effective date for many 2009 legislative bills, also marked the end of the 90-day period after final adjournment of the general assembly that allows submissions of referendum petitions.

"We have begun sending e-mails out with final summaries and effective dates for all legislation our office tracked during the session," Kelly-Bowry said.