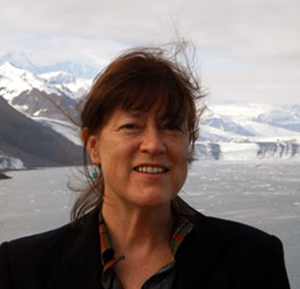 For the last couple of decades, with increasing frequency, grade inflation has been identified as a problem in high schools, colleges, and most recently in my department, in graduate classes.

I’m one of those professors who tend to give higher grades. My undergraduate teaching at CU is almost all 3000-level undergraduate electives, which are cross-listed in Sociology and Women and Gender Studies. The office staff tell me these classes fill up the fastest of all of the classes in our department, even though they’re electives and even though I typically have the cap at 100 students. When I was up for post-tenure review last spring, one of my colleagues came to conduct a peer review of my teaching and he said he had a hard time finding a seat. This is an indication of the terrific attendance I have in this class even though it’s an elective and attendance is not part of the grade. And now my department has implemented a grading scheme to give more of our doctoral students grades in the B range (B-, B, B+). I argued this because we accept incredible students into our graduate program and I expect them to make A’s. (And if they don’t make A’s, I don’t give them A’s.)

I don’t think my classes are the hardest in the department, but they are also demanding. I have a paper due every semester, and I put together very recent readings (to limit the ability of buying a paper) so that everyone has the same paper and they’re easy to run through the Turnitin plagiarism detector. I have four exams and an optional cumulative final. If students miss an exam for any reason or they want to drop their lowest test grade, they can take the final. I have weekly quizzes, mostly on the required readings and mostly short essays. There is an extensive website for the class with detailed guidelines for the papers, exams from previous semesters (not with the keys), the PowerPoint slides, study guides and so on. Some people tell me this is pandering to the students, but I feel like I give the student who is willing to work hard the chance to do well. The students still have a significant amount of work because I cover a huge amount of material over the semester and for each exam. Having the old exams helps them understand my testing style.

Most of the students make A’s or B’s in this class. But then with excellent attendance, typically good work on the quizzes and papers, I expect them to, especially since they are mostly juniors and seniors. The tests are not easy, they have three short essays worth 10 points each and 70 multiple-choice/true-false items. The quizzes are not easy, although they get to drop their five lowest out of 15. I do not offer make-ups for quizzes or tests. And I do flunk some people. Usually it is because they missed and/or flunked a lot of quizzes and thought C’s on exams would pull them through, or because they cheated (an automatic F in the class and report to the Honor Code Office).

Obviously, before venturing into the “can we stop it with the grade inflation chatter?,” I felt compelled to document my teaching demands as rigorous. I hope I have succeeded.

Now to the grade inflation. Not counting being a teaching assistant, I’ve been teaching at the college level since 1983. My first class in graduate school had 100 students. Most of my courses have been undergraduate, with 70 to 120 students. I’m quite confident in my ability to know what an A, A-, B+…..F paper/quiz/essay/exam is. And given that my classes are upper-level, I expect the students to be better prepared and do well. Finally, when I have incredibly satisfying attendance and class participation, and usually a line for office hours, I’m not surprised that most of the students do very well in my classes.

Anyone who reads about a college education knows how tuition has increased enormously, and in many cases a college education probably isn’t worth what it used to be. And, in most cases, the debt involved in acquiring a college education definitely isn’t the investment it used to be. Following the news on college applications, we also know how much harder it is to get into college than it used to be. And there is a continuing debate about the interest rate on paying back student loans and wondering what Congress will decide about keeping the lower rates. An article by Ron Lieber in The New York Times (Feb. 10, 2013) begins: “If Steve Boedefeld graduates from Appalachian State University without any student loan debt, it will be because of the money he earned fighting in Iraq and Afghanistan and the money he now saves by eating what he grows and kills.”

I have an only child who just started college in fall 2012. He is fortunate that he can go to the college of his choice and we can pay out-of-state tuition. He would also be fortunate to go to CU and pay in-state tuition. As much as employees talk about our “entitled, wealthy student body,” it’s vital to remember that not all of them are wealthy and not all of them have wealthy parents. I have so many stories of students working their way through CU, one being the sole guardian of her younger brother who was 14 and they lived in Denver. Another had two part-time jobs and was the first person in her family to go to college. Another was an only child whose mother was in prison for killing her father in self-defense. And we all have a multitude of students who have racked up significant debt getting their degree (or even not completing their degree) at CU.

So why – if most of the students who attend a junior/senior level course have close to perfect or perfect attendance, do well on exams, quizzes and a paper – would we not give them A’s and B’s? They earned it.

Joanne Belknap is a professor of sociology at the University of Colorado Boulder. She has won many teaching and research awards, and is president-elect of the American Society of Criminology.