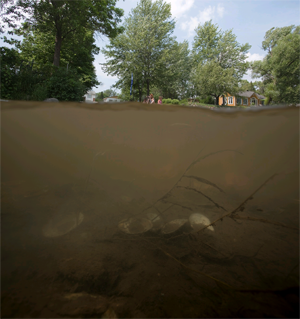 Destiny Manifest features Montreal-based Isabelle Hayeur and Colorado-based Holly Parker Dearborn. A public talk with both artists, as well as a UCCS Sustainability Office student representative, is scheduled for 5 p.m. Friday followed by a reception in the GOCA121 gallery space in the Plaza of the Rockies building.

The exhibit will continue through May 17. Gallery hours are noon to 5 p.m. Monday through Saturday.

The events are free and open to everyone. Refreshments will be served.

Destiny Manifest is a multimedia visual art exhibit and program that includes an artist residency, public talks on art and environment, and student service projects with a goal of sparking dialogue around the consequences of pollution in North America. 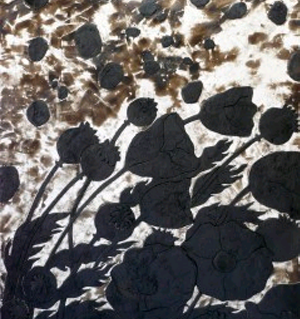 Isabelle Hayeur was born in Montreal in 1969. She is a digital image artist known for her large-scale photographic montages, videos, and site-specific installations, where she highlights urban blights and sprawl, among a number of industrial society’s pitfalls.

Hayeur’s childhood in a Montreal suburb made a lasting impact on her artistic practice. As in many peripheral towns in Quebec, and more generally in the industrialized world, the landscape there has been subject to perpetual transformation. In her works, she is interested in the state of those territories, altered as they are by the array of technology at man’s disposal. In 2008, she started exploring waterways. She travels throughout North America to document submerged environments of all kinds, especially in altered sites. She made several shooting trips through the United States and Canada, working in particular in a Staten Island boat cemetery, in the Everglades and in the Louisiana bayous.

Holly Parker Dearborn received her MFA from American University in 2006 where she was awarded the American University Graduate Assistant Scholarship and the Mellon Fund Graduate Research Grant. In 2007, she won “Best Local Exhibition” award by the Pikes Peak Arts Council for her creation of the “Hot Off the Press” Colorado printmakers invitational at the Manitou Art Center. She also was responsible for curating many other award-winning exhibitions and programming for various arts organizations.

Parker Dearborn is a Colorado native who served in the Colorado Springs art community for a number of years. Among other graphic design and advertising director positions, she spent more thanr eight years in management for the Smokebrush Foundation for the Arts.

She currently serves as the independent curator for the new Ivywild School venue, is a member of the Museum Committee of the Colorado Springs Fine Arts Center, and continues to build her studio career.