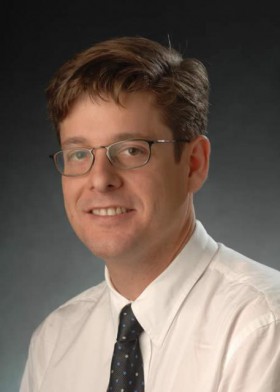 In 2008, opened a new chapter in his prolific journalism career when he became a scholar in residence at the University of Colorado at Boulder School of Journalism and Mass Communication. Sheeler won the Pulitzer Prize in feature writing in 2006 for a searing, up-close Rocky Mountain News series about a U.S. Marine charged with notifying family members when a loved one had been killed in action in Iraq, and accompanying the families as they soldiered through one of the greatest losses any family could experience. For his harrowing, heart-rending book, Final Salute, based on his award-winning newspaper series, Sheeler was named a finalist for the 2008 National Book Award. His experiences chronicling the lives of everyday people led to the publication of Obit, which earned him critical acclaim. In the classroom at CU-Boulder this fall, he will share his gift for deeply intimate storytelling with a new generation of journalism students.

You began your Pulitzer Prize-winning journalism career on the obit desk. Tell us about that experience.

When I joined the fledgling weekly newspaper The Boulder Planet, the goal was to find a way to connect with the community by telling stories that were often overlooked. As I saw the faxes coming in from the funeral homes one day, I realized there were some amazing stories that we had missed. Then I realized we still had one last chance to recognize those lives. I purposefully searched out people whose names had never appeared in the newspaper, and spent time with families to really give the reader a chance to learn from their lives. Over time, I realized I was writing a lot of obituaries about war veterans, and began searching for vets who could tell their stories in person. In the process, I gained a new respect for the often unseen sacrifices of military families. When the war in Iraq began, I applied the lessons learned from spending so many hours in so many homes with grieving families. I truly believe that if I hadn't started out writing obituaries I never would have had the background, understanding and experience that allowed me to write and report Final Salute.

Why did obit writing intrigue you so much?

One of the questions I ask family members is, "What did you learn from this person's life?" It's often a difficult question to answer, but is one of the most important. These are stories that can teach, and the lessons are as diverse as the lives we glimpse every day, but rarely examine. Also, obituaries last. I never complained about having my stories in the back of the newspaper, because I knew that most of the front-page stories would be fish wrap in a few days, while the obits would be cut and pasted on refrigerators and scrapbooks and read for generations.

You were teaching when the Rocky Mountain News closed, but Publisher John Temple allowed you to return to the newsroom on the last day of publication to write one final story. What did you learn as you watched one of the great American newspapers shutter its doors?

One of the things I admired most about the Rocky - even before I joined the paper - was its emphasis on storytelling. In my final article for the newspaper, I lamented the stories that wouldn't be told - not just the breaking news stories, but the quiet stories that hold a mirror to us all. Months later, I still feel there's a gaping hole in my driveway every morning.

What are you teaching here at CU, and what lessons do you hope to share with your students?

In the fall I'll teach a new course I helped design called "Storytelling and Civic Engagement." The students will spend the bulk of the semester gleaning stories from residents and staff of a local retirement community and assisted living home. At the end of the semester, we'll have a multimedia Web site to showcase the stories that are too often relegated to the shadows, and the lessons the students learned along the way.

Tell us something about yourself that few people know.

Initially, I planned to find a job in broadcast journalism, and completed internships at CNN in Atlanta and other TV and radio stations before realizing that I felt more comfortable at a newspaper. In the end, I think that broadcast experience helped me develop into a better print reporter because I was trained to think in terms of scenes and pictures. Also, lugging the camera around on my shoulder taught me not to rely on the telephone. I still feel that there's no substitute for meeting people in person and spending the time it takes to immerse myself in the story, no matter the medium.