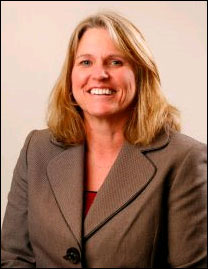 Laura Argys, Ph.D., has simple words of advice for anyone looking to improve their leadership skills:

"Watch and listen to see how things get done."

The practice obviously has served her well. The professor of economics at the University of Colorado Denver is the first person to hold the title of associate dean for research and creative activities in the College of Liberal Arts and Sciences (CLAS). She spent several years chairing the UC Denver Faculty Assembly's budget priorities committee. And she's the latest honoree of the CU system's Excellence in Leadership Award, which she received at the Excellence in Leadership Program's (ELP) annual luncheon and lecture Nov. 5 at the Brown Palace Hotel in Denver.

1. You graduated from the 2009 Excellence in Leadership Program. What did it teach you about leadership and/or yourself?

I have participated in a number of workshops and programs on administration and leadership, but the Excellence in Leadership Program has a somewhat unique focus that fits my style well. In addition to providing training and discussing practical skills for leaders, ELP also seeks to create a network of new leaders and provide insight into the structure and people that make up the University of Colorado. 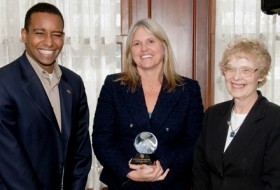 Each meeting featured an up-close-and-personal discussion with a university leader about the path they traveled to reach their present position and the lessons they learned along the way. Lessons in leadership meant much more to me when they were part of a personal story. As a result of these discussions, it became quite clear that there is no single feature of an effective leader, no single path to leadership, and that, although each had clear strengths, each also struggled with things that did not come naturally. ELP helps develop skills that participants may lack, but also provides a valuable network of people to draw upon.

2. Had you considered yourself a leader before completing the program?

That's a difficult question. I wouldn't have described myself as a "leader," but I knew that I worked well with people and was dedicated to the university in a way that made me want to work with others to move the institution forward. I often work with a group to achieve an objective, but am typically very flexible about how we reach it. Despite being in an administrative position that sets the tone for successful research by faculty and students in the college, I'm afraid that I still think of myself much more as a problem-solver and facilitator than a leader. In my administrative role, I know that I'm working on bigger and more frequent problems, but to me whether I am a leader or not is a matter of semantics.

3. How much more difficult is it to lead in a time of economic challenge?

Economics is known as the dismal science, so you think I'd be well-prepared for such times, but it is always difficult. My work with the budget committee began in a time when university funding was holding steady and even increasing at times. We were able to think creatively about how best to structure a budget model to facilitate planning within schools and colleges, and minimize the feeling that resource allocation was pitting one program against another. Although the budget model ultimately gained widespread support, the use of such a model soon fell victim to declines in state funding a number of years ago. Rather than fall back into the scramble for resources at another's expense, in fact, I have been pleasantly surprised by the degree to which faculty, staff, administrators and students have pulled together to make decisions in the face of the current financial challenges to higher education.

I think that leadership is more important in tough times; the decisions that are made in lean years often do more to shape the institution in the long run. 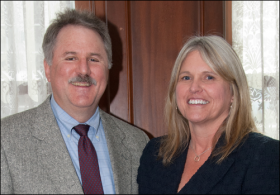 4. You mentioned at the award ceremony that you had originally planned to be a professor – and just a professor – but eventually decided to pursue an administrative position. What led you to that choice?

With each decision to move into leadership and administration, different factors were important. Serving as faculty leadership on budget committees was prompted by the fact that I was an economist and felt as if I had a "comparative advantage" in working with the financial side of the administration. It was time for me to contribute to the institution and it felt good to be on a committee that was providing input into important decisions.

At the time I began serving as department chair, it was time for new leadership and as a department citizen I felt like I was the right person at the right time. I figured that each member of the department would simply take their turn, and it was my turn.

It wasn't until I applied for the position as associate dean for research and creative activities that I made the conscious decision to be an administrator. I was motivated by the opportunity to be involved in helping move the college toward becoming the research-oriented institution that I hoped it could be. UC Denver had recently hired a new dean of the College of Liberal Arts and Sciences who was focused on creating an environment in which faculty could reach their scholarly potential. With the creation of this new associate dean position, I was excited to contribute to that effort.

5. How do you enjoy spending your free time?

I really enjoy the outdoors and so Colorado is the perfect place for me. I love hiking in the summer and snowshoeing in the winter. I've recently taken up kayaking and have been able to kayak in the Finger Lakes and in Alaska and Hawaii.

I'm also enough of a policy wonk that I enjoy doing research. My academic research focuses on family, social and educational policies. I've examined issues ranging from child support policies and child well-being, to ability grouping in public K-12 classrooms, to the influences of peers on adolescent risky behaviors. Though I'm not sure that my husband and kids think of it as "free" time, I am a bit of a night owl and often spend late evenings at home working on research projects.

Send your thoughts and suggestions for the Newsletter.
END_OF_DOCUMENT_TOKEN_TO_BE_REPLACED