Faculty Council last week concluded its meeting schedule for the academic year with the election of a new leadership team and appearances by Regent Linda Shoemaker and President Bruce Benson. 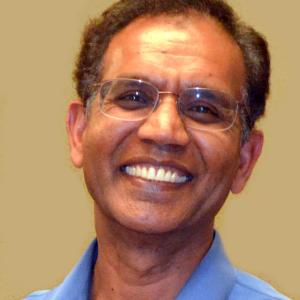 Ravinder Singh, formerly vice chair, was voted in as chair, succeeding John McDowell. Joanne Addison was elected vice chair and Monique French was elected secretary, taking over for Peggy Jobe. The new slate of officers, each the only candidate, was elected by acclamation during the April 28 meeting at 1800 Grant St.

In discussion with the council, Shoemaker said she values interaction between the Board of Regents and faculty members; this was her second appearance before Faculty Council since taking office in January 2015.

“Higher ed is changing – we know this, we read it. We know that there are all of these issues on the horizon for higher education,” Shoemaker said. “We’ve got to figure out together where we want this university to be in 10 years. That’s hard to do.”

McDowell asked about priorities for the board; Shoemaker noted that the regents will readdress the list at their summer retreat with the guidance of outside facilitators.

“Certainly resource allocation has got to be at the top,” Shoemaker said. “I also feel like we’ve been through the worst of the times, in terms of cutting the budget. … All of our campuses need to be healthy, strong and cohesive within themselves.”

Benson thanked the council and faculty “for all the hard work,” and stressed his ongoing interest in fostering a collaborative culture across the university.

“I can’t say enough good about all of you,” he said. “I feel really good about the direction we’re going. We’re going to keep driving this university ahead and keep making it a better place.”