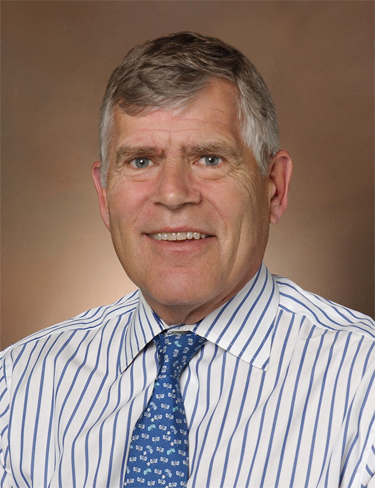 Editor's note: This story first appeared as an update to CU Connections on Feb. 2.

“Don Elliman is an accomplished and energetic leader whose skills and experience are a perfect match for the challenges facing the Denver and Anschutz Medical campuses,” Benson said. “He has a national and international reputation, and his considerable experience in business, government and education will allow us to build on the accomplishments of Jerry Wartgow and the university community.”

Benson did not put a timetable on a search for a permanent chancellor. Elliman replaces Jerry Wartgow, who is retiring in March. Benson lauded Wartgow’s accomplishments as chancellor.

“Jerry has done an exceptional job leading the institution, and it is a better place because of his efforts,” Benson said. “He has moved the university forward by implementing successful initiatives, establishing valuable partnerships, improving the infrastructure and raising our profile.”

Elliman, 67, currently serves as executive director of the Charles C. Gates Center for Regenerative Medicine and Stem Cell Biology at the CU Anschutz Medical Campus. Before coming to CU, former Colorado Gov. Bill Ritter appointed him as the state’s chief operating officer. Before that, he was director of the state of Colorado’s Office of Economic Development.

“I am tremendously excited about the opportunity to work with the students, faculty and staff of the University of Colorado Denver and Anschutz Medical Campus, as well as our colleagues on all of CU’s campuses,” Elliman said. “I have enormous respect for the missions of both the Denver and the Anschutz Medical campuses, and I look forward to working to enhance the collective value of both to the citizens of Colorado and beyond.”

Elliman has extensive experience in business, government and education. He had a 30-year career with Time Inc., in which he served as publisher of People magazine and later president of Sports Illustrated. He also was president of Time’s consolidated advertising sales group, which had 900 employees and more than $2 billion in annual revenue.
After moving to Colorado in 1997, Elliman in 2000 became CEO of Ascent Communications, owners of the Denver Nuggets, Colorado Avalanche and Pepsi Center. He continued in that role through two sales of the company, which is now owned by Kroenke Sports. He retired from that position in 2004.

Elliman has served as chair of the board of directors of Children’s Hospital Colorado and chair of its foundation board. He also was one of the chairs of the successful fundraising drive to relocate Children’s to the Anschutz Medical Campus. Additionally, he serves on the boards of the Gates Family Foundation, the Fitzsimons Redevelopment Authority and the Colorado Economic Development Commission.

In the education realm, Ritter appointed him to the Colorado State University Board of Governors in 2010. He also serves on the governing board of Middlebury College in Vermont, his alma mater.