The University of Colorado has received 37 grants totaling $13 million in federal funding to advance scientific research, spur greater innovation and create jobs that will help stimulate the sluggish U.S. economy. 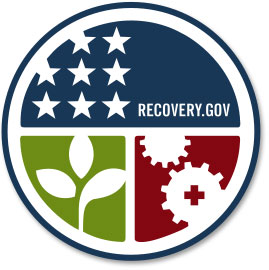 To date, the university's three campuses have submitted 708 grant applications totaling $361 million under the American Recovery and Reinvestment Act, which President Barack Obama signed into law in Denver on Feb. 17. The act provides for up to $800 billion in new spending by Sept. 30, 2010.

While such federal funding is an important economic lifeline, CU and other large public research universities can only use the grant dollars for project proposals submitted by researchers. Teresa Osborne, a budget and finance director in system administration and the university's lead analyst of stimulus funding data, said CU relies on state funding and tuition revenue to pay for day-to-day operations, facilities upkeep and improvements, and salaries for faculty and staff.

According to Osborne, CU campuses have applied for and received the following funding to date:

An example of the awards CU has received is the more than $3 million grant that will advance research by Marc Moss, MD, a pulmonary critical care doctor at the University of Colorado Hospital and a professor in the UC Denver School of Medicine.

Moss will lead a five-year clinical study that will look at a dysfunction of the nerves or muscles called polyneuromyopathy, which is often a consequence of being on mechanical life support for seven days or more. Stimulus funding through the National Institute of Nursing Research, one of the NIH's 27 affiliated institutes, will pay for the first two years of Moss' study, which he and his team will launch on July 1.

Working with 400 patients, the researchers will strive to uncover a less invasive way to diagnose the condition and find out if intensive physical therapy will improve patient outcomes. NIH funding will pay for the final three years of the study as well.

NIH funding will also support the work of researchers on other CU campuses. CU-Boulder chemistry and biochemistry Professor Marcelo Sousa received a $740,796 award for two years of cell protein research, and biology Professor Michael W. Klymkowsky received a $317,000 award to investigate factors that cause defects in embryonic cells that produce more than 400 types of human birth defects.

CU researchers also have received almost $5 million from the National Science Foundation, and have applied for research funding through six other federal agencies covering areas such as health and human services, defense, energy, justice, education and the arts, according to Osborne.