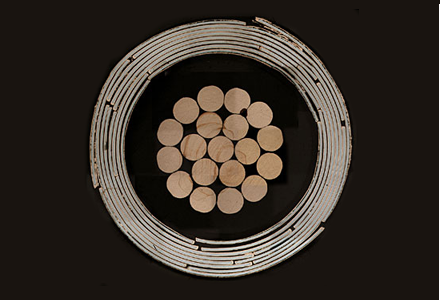 Advanced Conductor Technologies LLC and the University of Colorado recently completed an exclusive option agreement to allow the company to develop high-temperature superconducting cables that could be an enabling technology for high-current, DC power transmission and for the next generation of high-field magnets.

The technology portfolio covered by the option was developed by Danko van der Laan, a physicist with appointments at CU-Boulder and the National Institute of Standards and Technology (NIST). High-temperature superconducting (HTS) cables were initially developed for metropolitan electrical

networks because of their economy, reliability, and large transmission capacity. Van der Laan has developed a technique to make thinner, more flexible HTS cables that can carry the same (or greater) current. These more-compact cables have immediate applications in electrical grids and scientific and medical equipment; they may also enable HTS power transmission for military applications.

“The exclusive option agreement with CU is an important step for my company to develop what are now called conductor on round core (CORC) cables,” van der Laan said.

Within a year of its founding, Advanced Conductor Technologies was awarded three small business grants from the Department of Energy and the Department of Defense; the company is currently commercializing the CORC cables for the next generation of fusion magnets, energy storage magnets for airborne directed energy weapons and high-energy density cables for naval applications.