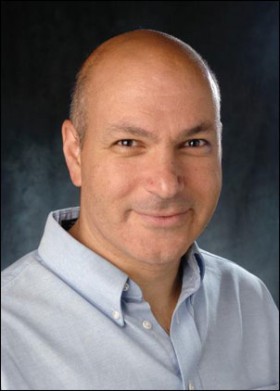 University of Colorado at Boulder faculty member Waleed Abdalati has been chosen to serve as NASA's chief scientist effective Jan. 3 for a two-year appointment.

Abdalati, 46, is an associate professor in CU-Boulder's geography department and a fellow of the Cooperative Institute for Research in Environmental Sciences, or CIRES, a joint institute of CU-Boulder and the National Oceanic and Atmospheric Administration. Abdalati, who directs the Earth Science Observation Center at CIRES, will oversee and advocate for NASA science.

Abdalati's research focuses on understanding changes in Earth's ice cover and what they mean for life on our planet. Abdalati and his CIRES colleagues use satellite and airborne remote sensing techniques along with field observations and modeling to learn about ice sheets and high-latitude glaciers, their vulnerability to climate change and their contributions to sea-level rise.

"It is an honor for a research institution such as CIRES to have one of our own chosen as an elite in a national science agency," said CIRES Director Konrad Steffen. "It's especially helpful now given that the White House has strengthened NASA's focus on Earth science research."

"I'm very happy here and I hope to return from Washington, D.C., in a position to serve my CU-Boulder colleagues and students even more effectively," said Abdalati, who will retain his faculty appointment at CU-Boulder. "But this is an opportunity I want to take advantage of because I so strongly believe in the importance of what NASA does for the nation, society and the world."

In his new position, he will serve as chief adviser to Charles F. Bolden, the NASA administrator who named Abdalati to the post, on matters relating to agency science programs, strategic planning and the evaluation of NASA's current science investments. Abdalati also will work with the White House Office of Science and Technology Policy and the Office of Management and Budget.

The new position marks Abdalati's return to NASA. During his first tenure at the space agency, he served as the head of the Cryospheric Sciences Branch of NASA's Goddard Spaceflight Center in Greenbelt, Md. He also managed the Cryospheric Sciences Program at NASA Headquarters in Washington, D.C. He returned to CU-Boulder from NASA more than two years ago.

"We are excited to have Waleed return to the agency during such a critical transition period," Bolden said. "His experience, wide range of scientific knowledge and familiarity with NASA will greatly benefit the agency. He will be a true advocate for our many and diverse science research and exploration programs."

Abdalati will continue advising his graduate students, returning a few days a month to Boulder from the Washington, D.C., area, where he will move with his family. "The administrator has told me that my university ties are very important to him, and he has been very supportive of my desire to actively maintain them throughout the assignment," he said.

Abdalati received a bachelor of science in mechanical engineering from Syracuse University in 1986, a Master of Science in aerospace engineering sciences from CU-Boulder in 1991 and a doctorate in CU-Boulder's geography department in 1996. During this period he spent four years in Steffen's laboratory.

Abdalati has received numerous awards for his research and service to NASA, including the Presidential Early Career Award for Scientists and Engineers, a NASA Exceptional Achievement Medal and two NASA Group Achievement Awards.

"I will be representing all of the science in the agency, ensuring that it is aligned with and fulfills the administration's science objectives, and advocating for NASA science in the context of those broader government science agendas," he said.

Send your thoughts and suggestions for the Newsletter.
END_OF_DOCUMENT_TOKEN_TO_BE_REPLACED