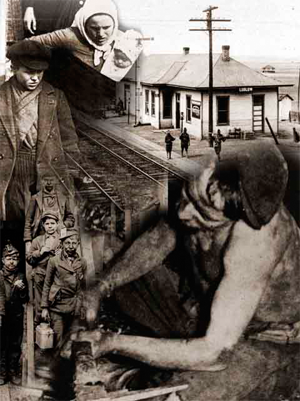 “Re-collecting Ludlow,” a panel discussion to commemorate the launch of the Colorado Coal Digital Collection, is set for 4:30 p.m. to 6 p.m. Tuesday, April 15, in Room M549 of the Norlin Library at CU-Boulder. The event coincides with the centennial of the Ludlow Massacre and offers participants an opportunity to explore this watershed in labor history from several disciplinary perspectives.

The event will incorporate sources from the soon-to-be-launched Colorado Coal Digital Collection (www.cu.edu/digitallibrary), a free online resource consisting of about 100 videos, transcripts, and more than 4,000 images that chronicle the history of coal mining in the Western U.S., from immigration and daily life in the coal camps to labor conditions and strikes.

McMahan and Eric Margolis amassed the source material for this collection in the late 1970s, when they were conducting field research as a part of their graduate studies. From 1974 to 1979, they collected photographs and conducted video and audio interviews of retired coal miners, many of whom had witnessed major labor history events such as the Ludlow and Columbine Mine massacres. McMahan and Margolis received major funding from the National Endowment for the Humanities to turn excerpts of these interviews into a three-part documentary that was later aired nationally on PBS.

In 2013, the CU-Boulder Libraries undertook a project to digitize these materials, thanks to a generous grant by Ron and Jane McMahan.

The panel discussion and digital collection launch were timed to coincide with the 100th anniversary of the Ludlow Massacre. Described as “a pivotal event in American history” on the monument that marks the site 12 miles northwest of Trinidad, the Ludlow Massacre was the culmination of a widespread strike against Colorado coal mines. It resulted in the violent deaths of 19-26 people, including women and children, when the Colorado National Guard and Colorado Fuel and Iron Company camp guards attacked a tent colony of 1,200 striking coal miners and their families in Ludlow.

Battles continued for 10 days from Trinidad to Walsenburg, resulting in a final death toll estimated from 69 to 199. These events fueled one of the reports issued in 1916 by the United States Commission on Industrial Relations calling for “industrial democracy.”

Thomas Andrews, associate professor at CU-Boulder, is author of “Killing for Coal,” awarded the 2009 Bancroft Prize by Columbia University, one of the most coveted honors in the field of history. His work also has been featured in The New York Times and The Denver Post.

Ron McMahan received his Ph.D. in 1978 from the CU-Boulder Institute of Behavioral Science. He directed the documentary “Out of the Depths, Redux: Coal Mining and Coal Wars in Their Own Voices.”

Dean Saitta is professor and chair of the anthropology department at the University of Denver. Between 1997 and 2004, he co-directed the Colorado Coal Field War Archaeological Project, a Colorado State Historic Fund-supported project dedicated to better understanding events related to the 1913-14 Colorado Coal Field strike including the Ludlow Massacre. This research culminated in 2009 with the designation of the Ludlow Tent Colony as a National Historical Landmark.