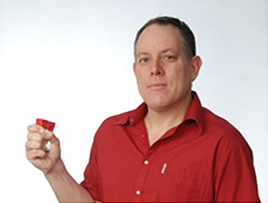 After years of reading warning labels, smokers are aware of the health risks of their habit. Many, however, are not aware of the economic, environmental and human rights abuses associated with the industry they support.

Assistant Professor of Anthropology Marty Otañez has spent the better part of his career studying — and making films about — Malawi’s tobacco industry, a critical and debilitating force in the country’s economy. Because of his expertise, Plan International, one of the world’s oldest and largest nongovernmental organizations, asked Otañez to serve as an expert for the media on its 2009 report about child laborers and nicotine exposure, “Hard Work, Long Hours and Little Pay.”

According to Plan International’s report, about 78,000 children, some as young as age 5, work on Malawi’s tobacco estates, absorbing estimated amounts of nicotine equivalent to smoking 50 cigarettes a day. Besides suffering symptoms of nicotine poisoning — headaches, stomach pain, muscle weakness, coughing and breathlessness — children reported incidents of sexual and emotional abuse at the hands of supervisors, and missed school opportunities because of their work.

“Part of their culture,” he says, “is for a boy or girl to help their families in the fields. And due to extreme poverty, they have no choice but to help their parents meet the requirements of tobacco farming.”

Since his initial visit in the mid-1990s to conduct research for his second master’s degree, Otañez has visited Malawi 10 times and spent a total of 22 months in the country. His initial studies involved the role of the labor movement in the country’s democratization, but his focus inevitably turned to Malawi’s hottest topic: tobacco.

An expert on the country and the problems wrought by its dependence on tobacco, Otañez explains that the crop is a legacy of British colonization. Tobacco now accounts for about 70 percent of Malawi’s export revenues. Based on large estates, tobacco production has fostered a system of exploitive tenant farming, wherein poor farming families contract with large landowners for materials and acreage. Because of increased global competition and corporate parsimony, leaf prices are depressed, making it impossible for families to pay off their debts; this perpetuates the vicious cycle of poverty, illiteracy and poor health that prevents Malawi from prospering.

“I want people to see the humanity in the cigarettes,” he says, “to see the people who devote their lives to growing the tobacco, to understand the health and human rights and environmental effects” behind the smoke.

To get his message out, Otañez has used traditional scholarly outlets, journals and book chapters, but he has also produced films, among them Up in Smoke, Thangata: Social Bondage and Big Tobacco in Malawi and 120,000 Lives a Year: The Case Against Smoking in Movies. And the Solution, to make his point.

“Publishing my research as videos,” he says, “allows me to share my work with people outside academia and promote visual text as equal in importance to the traditional written text in universities.”

Otañez teaches students visual storytelling as an alternative way to communicate their anthropological research. To the best of Otañez’s knowledge, at least two students have quit smoking since they began working with him.

Tagged with:
College of Liberal Arts and Sciences

Send your thoughts and suggestions for the Newsletter.
END_OF_DOCUMENT_TOKEN_TO_BE_REPLACED