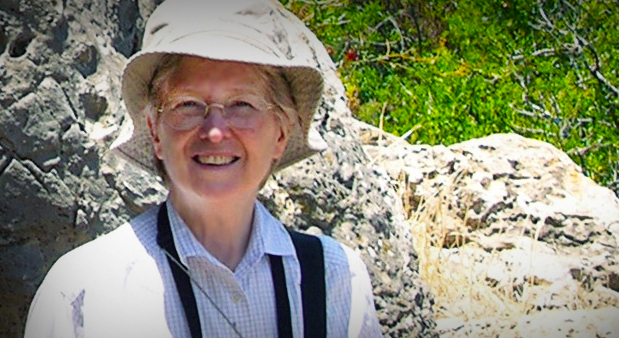 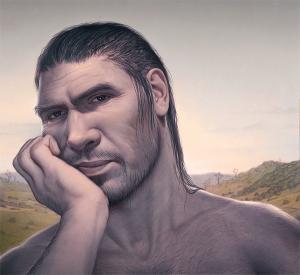 Neanderthals get a bad rap. Villa is helping set the record straight.

Some have attributed the demise of Neanderthals to inferior intellect, but one University of Colorado Boulder researcher’s work disputes the notion and has led her to become one of the world’s foremost experts on Neanderthals.

Paola Villa, a curator at the University of Colorado Museum of Natural History, contends that evidence exists to show that our extinct ancestors were thoughtful hunters, herding bison and wild oxen over cliffs. They also had a diverse diet that included fruit, vegetables and nuts. Researchers also have found evidence that Neanderthals created ornamental objects and likely used pigments to paint their bodies and other items. Neanderthals lived in Europe and Asia between about 350,000 and 400,000 years ago.

Villa first came to the university as a lecturer in 1979 after earning a Ph.D. at the University of California, Berkeley. The position was temporary, but she later became a research associate in the Department of Anthropology and in the Natural History Museum, and spent five years as a professor at the Institut de Prehistoire et Geologie du Quaternaire at the University of Bordeaux 1, France. In 1999, she returned to CU and the museum. 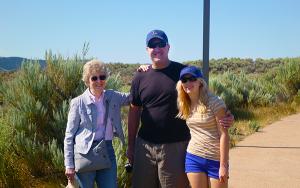 Villa with her son and granddaughter at Fossil Butte National Monument in Wyoming.

She was born in Italy, is fluent in French and Italian, and speaks and reads Spanish. Undoubtedly this knowledge is beneficial as she travels the world, studying her areas of interest: Old World prehistory; Neanderthal technology; the origins of behavioral modernity; the Middle Stone Age in South Africa; Lithic analysis, which is the study of stone tools and other chipped artifacts; Taphonomy (which includes the study of fossilization) and site formation processes; and cannibalism.

“I feel very fortunate that I had some of the best teachers in the world at Berkeley and that I have been able to get many grants from the United States, Europe and South Africa,” she said.

1. How did you choose this career path? Was there an event or person who influenced you?

I was born and raised in Rome, so I grew up with archaeology. When I was 16, I read a book on archaeological discoveries and decided I wanted to be an archaeologist. Archaeology has never disappointed me.

2. You have been “defending” Neanderthals for several years, saying they were far more advanced than most researchers believe. How did you come to this conclusion and did you receive pushback from others?

I came to that conclusion because of an abundance of research, which is often known but not believed. And it was not easy to publish against the conventional view in high-profile journals.

3. You mentioned that you recently visited Italy. What did you accomplish while there?

I was doing research on the transition from Neanderthals to modern humans with the support of a Leakey Foundation Grant. I’m currently writing a paper for the Leakey grant and working on a second paper on the emergence of the Middle Paleolithic in Italy.

4. What has been the most surprising/exciting finding made during your career?

The discovery of butchery marks and breakage for marrow extraction of human bones, proving cannibalism at the cave site of Fontbregoua in France at about 4,000 BC. We published the findings in Science in 1986 and also wrote various other papers on the subject. This was a time when only Neanderthals and earlier hominids were supposed to be cannibals, but not modern humans (or at least not in the Western world). It was not politically correct.

5. Do you have a favorite item that you keep in your office?

I have posters of Italian Renaissance paintings (Michelangelo, Botticelli, Lorenzo Lotto) because they are beautiful to look at and remind you there is something in life beyond research (or cooking spaghetti).