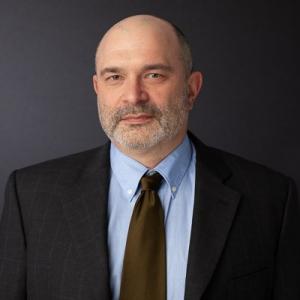 Daniel Jacobson began work as the first endowed director of the Bruce D. Benson Center for the Study of Western Civilization in August 2020, following a national search. Jacobson came to CU Boulder from the University of Michigan, where he was professor of philosophy. In addition to serving as the Benson Center director, Jacobson is the newly appointed Bruce D. Benson Endowed Professor of Philosophy.

Jacobson, who earned a Ph.D. from the University of Michigan and a bachelor’s from Yale University, works on a range of topics in ethics, moral psychology, aesthetics, and the moral and political philosophy of John Stuart Mill. His paper “Utilitarianism Without Consequentialism: The Case of John Stuart Mill” was selected by The Philosopher's Annual as one of the 10 best papers published in 2008. At the University of Michigan, he founded and headed the Freedom and Flourishing Project, which is dedicated to exploring and developing the classical liberal tradition, defending freedom of speech, and increasing political diversity in academia.

Jacobson has held fellowships from the National Endowment for the Humanities, American Council of Learned Societies, the John Templeton Foundation and the Princeton University Center for Human Values.

The newly endowed position is named in honor of CU President Emeritus Bruce Benson, who retired in 2019 after 11 years at the helm. The professorship was made possible by generous gifts to the Bruce D. Benson Legacy Endowment Fund.

1. What drew you to the position?

I am a professor of philosophy specializing in moral and political philosophy. Most of my work has been on arcane and uncontroversial topics, but for some time I have had an ongoing research project defending freedom of speech from an increasing attack by academics and public intellectuals. That project, and what I see as the takeover of academia by an illiberal ideology, drove me to question orthodoxies that I had previously accepted uncritically.

Over the course of my career, I have become increasingly alarmed at the lack of intellectual and political diversity in philosophy and academia, as well as by its political biases and even bigotry. Scholars with heterodox views — conservatives, libertarians and classical liberals — are widely discriminated against and called racists for supporting race-neutral principles.

In my experience, some universities practice hiring and admissions policies that are blatantly illegal, even at public institutions in states that have more stringent anti-discrimination laws. Meanwhile, Jews and Asian-Americans are discriminated against openly, and universities increasingly accept a dubious ideology that demonizes whatever it considers “whiteness.”

The University of Colorado, to its great credit, has a conception of diversity that includes opinion, not just identity group. The Benson Center in particular is one of very few academic institutions dedicated to increasing intellectual and political diversity, championing freedom of inquiry, and questioning the illiberal dogmas widely accepted in academia. We have the opportunity to grow the Center into one of the country’s leading defenders of these values. I want to be part of that.

2. Almost immediately, you initiated a lecture series called “The Canceled.” What’s the series about and why is it important?

The series is about the rapid increase in social coercion of speech and the narrowing of the range of socially acceptable opinion among elite institutions. More and more, scholars and journalists with politically unpopular views are being harassed and personally attacked for questioning prevailing dogma. In the current phrase, they are being canceled — or at least people are attempting to cancel them.

This is antithetical to the proper mission of universities and the media. It is also exactly what those of us who have been defending freedom of speech predicted would happen once classes of opinion were put beyond the pale with terms such as “hate speech.” That creates an incentive for those who would silence unpopular opinions to classify their opponents as being motivated by hate or fear (as with the tendentious “-phobic” suffix). It seems absurd, but Martin Luther King Jr. would be guilty of committing “microaggressions” according to official University of California guidelines, which are unofficially accepted far more broadly in academia.

The speakers in this series — Princeton classics professor Joshua Katz (Nov. 12); journalist Bari Weiss (Nov. 19), formerly of The New York Times; Brown University economist Glenn Loury (Feb. 8); and professor of politics Daniel Mahoney at Assumption College in Massachusetts (April 13) — are all leaders in their fields and share both personal experience and deep concern about this issue.

3. What role should the Benson Center have on campus (broadly), and particularly in the thought and education of students?

Our role should be to champion and embody civil exchange on controversial topics and to broaden the sphere of ideas to which students at CU are exposed. Whatever their political position, students benefit from hearing uncommon opinions expressed as well as possible. We humans are deeply conformist, and we tend to accept uncritically the opinions of those around us. This makes the ideological takeover of academia and prestige media especially harmful to the intellectual development of students.

I have taught advanced undergraduate courses where most students had never been exposed to the arguments for the morality of capitalism, for example. They were entirely unaware of arguments in favor of market-based economies over central economic planning. Somehow senior majors in PPE (Philosophy, Political Science, and Economics) had never read Hayek, Friedman or Thomas Sowell. They were mostly ignorant of the entire intellectual tradition once known as liberalism — now “classical liberalism” — that defends individual rights, personal responsibility, and economic and political liberty.

I want the Benson Center to counteract what I consider not just bias but a form of corruption of the mission of the university. Activism has too often replaced the pursuit of the truth, and “activism” gets defined so as to presuppose the ideology currently popular among academics, even in its most radical and illiberal respects.

Mill spoke for himself about what he saw as the corruption of English universities in the 19th century on similar grounds, especially for their dogmatism. Of course, the dogmas of his day were different from those of today, but his critique is still directly relevant:

“The proper business of an University is … not to tell us from authority what we ought to believe, and make us accept the belief as a duty, but to give us information and training, and help us to form our own belief in a manner worthy of intelligent beings, who seek for truth at all hazards, and demand to know all the difficulties, in order that they may be better qualified to find, or recognise, the most satisfactory mode of resolving them.”

5. What is your vision for the future of the Benson Center?

I aim to raise the profile of the Center on campus and outside it, both within academia and among the citizens of Colorado. I want to create a community of scholars committed to civil discourse about even the most controversial topics, and to increase the intellectual and political diversity of CU. At a time when too many departments and colleges are committed to an ever-narrowing range of acceptable opinion, I want the Benson Center to become prominent as a place that nurtures heterodox thought and the freedom of inquiry and speech. We have the opportunity to be a leader in promoting free thought and defending the best traditions of Western Civilization — not uncritically but with the intellectual charity and respect that they deserve.

Tagged with:
Benson Center for the Study of Western Civilization