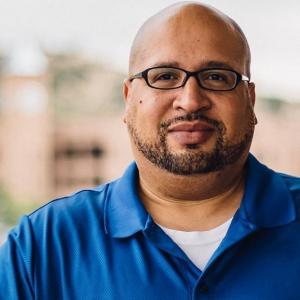 An associate professor of media studies and director of graduate studies in the Department of Communication at the University of Colorado Colorado Springs, Bell focuses on the study of popular culture. Within that world, he studies how race, class and gender are reflected in media – and on store shelves.

He and his wife have a young daughter who enjoys imaginative play as characters from “Star Wars” and comic books. Because Bell noticed a dearth of “female superhero stuff” available to kids, he drew attention to the issue in a presentation at TEDx Colorado Springs. A video of his talk is nearing 1 million views. 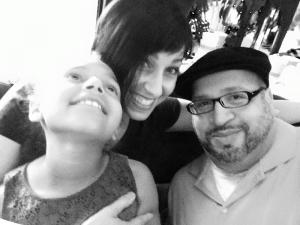 Bell with his family.

In the nearly two years since, his influence seems apparent: “Wonder Woman” rules at the box office, and merchandise depicting her and competing Marvel characters such as Black Widow from “The Avengers” and Gamora from “Guardians of the Galaxy” is increasingly common.

For his research and teaching, Bell also finds magic in a less conventional pop-culture heroine: Hermione Granger from the “Harry Potter” series. He serves as the chair of the Southwest/Texas Popular Culture Association's Harry Potter Studies division.

His specialty has him in demand as a speaker across the country. When he finds free time, he enjoys video games, though not as much as he used to.

“I recently picked up the ukulele, and I can tell you, that’s how I spend the vast majority of my free time: Learning to play the ukulele,” he said.

1. You presented your TEDx talk, “Bring On the Female Superheroes,” in October 2015. Today, “Wonder Woman” is the top film of the summer, and it’s accompanied by a significant collection of toys and merchandise. Do you feel as if the landscape is changing? Are there other examples of how girls are being better served in popular culture? 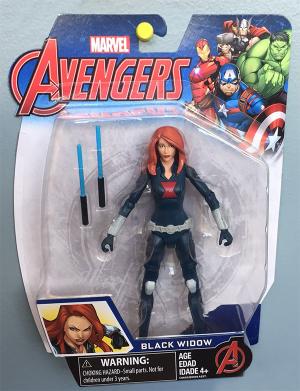 A Black Widow action figure: "In some small way, I am responsible for that existing,” Bell says.

The landscape is definitely changing, and although it was certainly a combination of parent/fan movements and industry pressure, I do feel a small amount of ownership over the way in which the industry has responded. Not that I necessarily made them change, but that I helped in a significant way – even if it was only bringing a spotlight to the issue.

There is literally more than 10 times the amount and variety of female superhero merchandise in 2017 than there was in 2015, when I gave my talk. All kinds of great things have happened: “Wonder Woman,” of course, but also the prominence of Gamora and Nebula in the “Guardians of the Galaxy Vol. 2” merchandise rollout, and DC Superhero Girls making a billion dollars in 2016 and getting its own Cartoon Network series, and the rise of athletes like Sasha Banks and Bayley and Alexa Bliss in the WWE (which is its own sort of live-action superhero theater), and Rey and Jyn Erso in “Star Wars.” It has been a very good year for female superheroes.

2. You’ve written five academic books, four of which draw on the “Harry Potter” series. What is it about those stories and characters that allows for such academic examination?

I don’t know of many texts that are better positioned to engage in the social problems of the real world than the fictional “Harry Potter” wizarding world. It allows me to engage students and colleagues in discussions about deep, meaningful subjects – over-militarization, race relations, gender inequality, slavery and indentured servitude, class disparity and wealth inequality, the nature of villainy and moral disengagement from societal norms – all through this fictional text.

I can use the stories and the characters to say, “See where this happened in ‘Harry Potter’? Here’s how that exact same thing is happening in your life today.” It’s such a fantastic vehicle. Plus, it is the cultural touchstone for an entire generation; it’s that generation’s “Star Wars” or “Star Trek” or “Wizard of Oz.” Its ubiquity is a bonus feature.

3. You also are the author of two children’s books, “Do Not Open the Door!” and “Do Not Look Under the Rug!” What inspired you to write them? 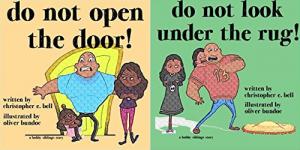 Oh, long-story-short time: When our daughter was very little, it was pretty rare to find a good, fun storybook to read her where brown girls got to be the star of the show without making the book “A VERY SPECIAL TALK ABOUT RACE.” I wanted her to be able to read the same kind of silly, funny stories that were available elsewhere, but also see brown characters and girls having the adventures, not sidekicked to someone else’s adventure. I couldn’t find very many of those, so I decided to write a couple myself.

4. I heard you might have a collaboration with Marvel Comics in the works. What can you say about it?

Nothing, because I don’t have one yet. :)

But I can tell you about my collaboration with Pixar Animation Studios.

I have been doing some consulting work with Pixar Animation Studios since December of 2016. They first contacted me to come speak to their animators as a part of Pixar University, which is an in-house education network they provide to their employees. They bring in all kinds of speakers who can help inform the creative work they do.

I have been told that the employees of Pixar rated my presentation to them as the best presentation of Pixar University 2016. That prompted Pixar to invite me back in May of 2017, where I did diversity and inclusiveness discussions with a group of senior Pixar leadership (including Pixar President Jim Morris, who produced “WALL-E”) and with a group called the Pixar Palette. I am supposed to return later this summer to do some work with a group of their feature film directors and producers on continuing to develop and implement diverse characters, both on-screen and in terms of voice casting. It has really been one of the most exciting things I have ever done in my professional career.

Now, if you happen to know anyone at Marvel Comics … ;)

5. You must have a few sentimental toys or games in your office space. Is there one in particular that has special meaning to you? 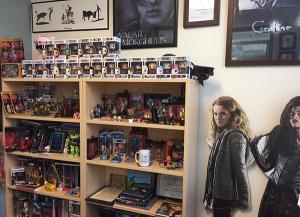 My office space is quite the collection of material culture. Probably the most sentimental piece in my office collection, though, is this “Avengers” Black Widow action figure, because every time I look at it, I can’t help but think, “I did that. In some small way, I am responsible for that existing.” Because it didn’t, for years, before my talk. Almost none. There were only two, and they were very obscure and hard to get. Then, all of a sudden, a year and a half later, it did. And they’re everywhere. It’s magic. 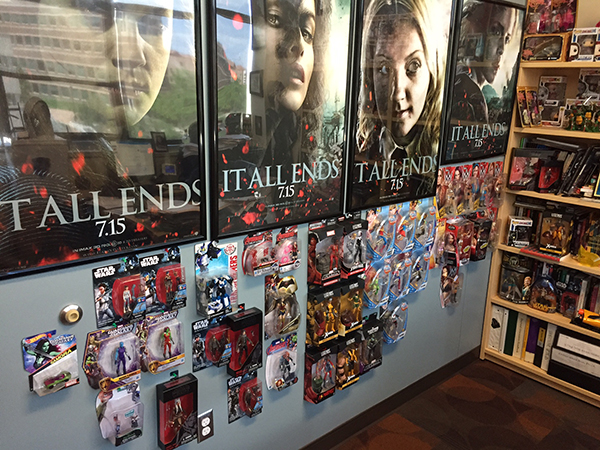 Some of Bell's memorabilia collection.
Tagged with:
research