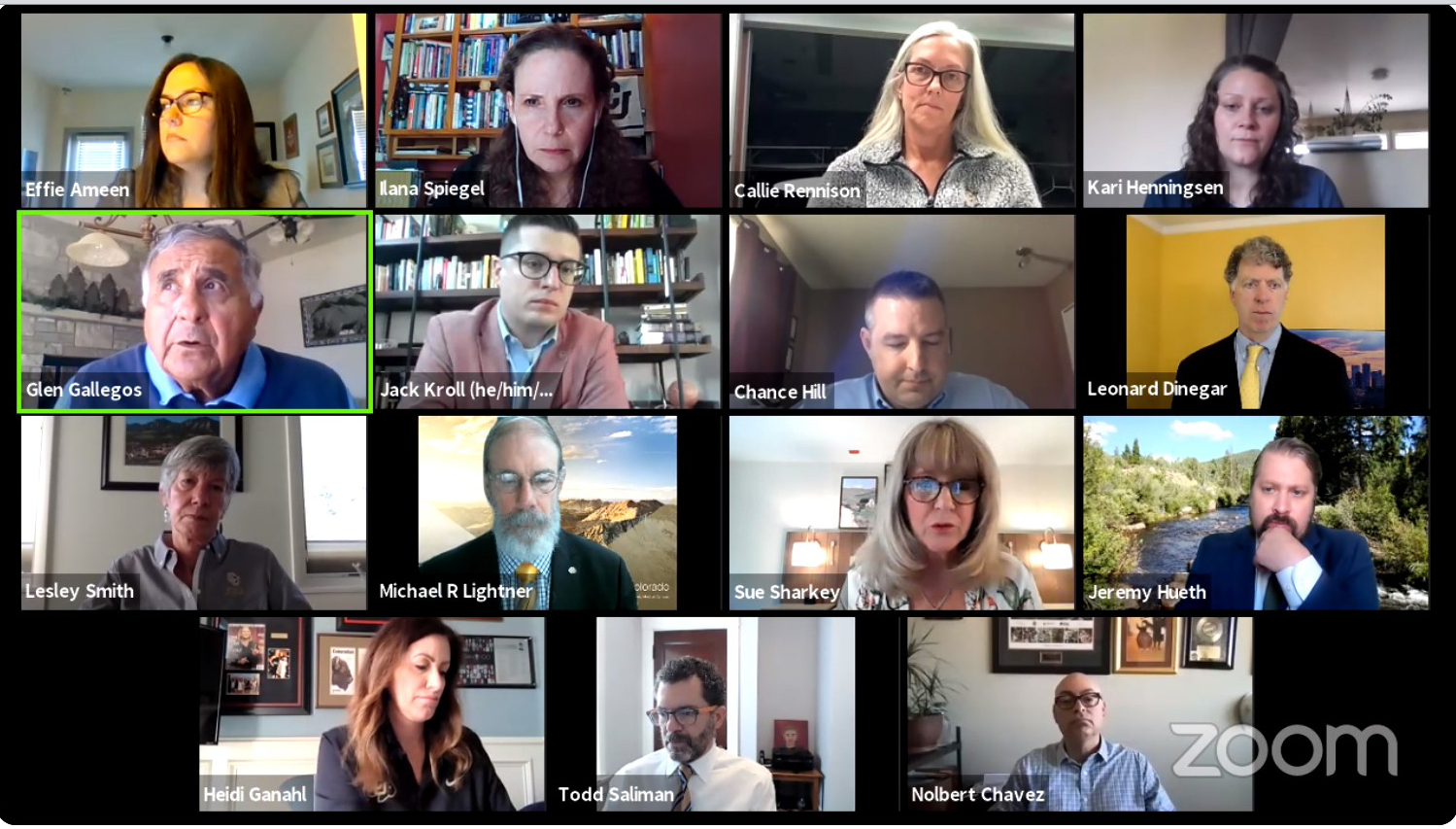 The CU Board of Regents and CU President Mark Kennedy on Wednesday agreed on the terms of Kennedy’s departure from the university, set for July 1.

During a special board meeting held virtually, the board voted 8-1 to approve a Transition Agreement and Release, which takes the place of the president’s contract approved in May 2019 and which was not set to expire until June 2022.

The agreement states that Kennedy will receive $1.36 million, which is an approximation of what his total compensation would have been had he remained employed at CU for the duration of the contract.

In exchange, Kennedy releases any claims he may have had against the university and will continue to aid with the presidential transition. Kennedy announced on May 10 that he and the board had begun discussing an orderly transition of the presidency.

In a statement from the board presented at the conclusion of the meeting, Board Chair Glen Gallegos, R-Grand Junction, said regents would move to name an interim president soon. The board’s next regular meeting is scheduled for June 17.

“The Board of Regents appreciates Mark Kennedy’s service and dedication to the University of Colorado,” Gallegos said in the statement. “The transition agreement we approved today meets our contractual obligation to him, which is the right thing to do. The board and President Kennedy share the common goal of what is best for the university.

“Selecting a president is one of the most important functions the Board of Regents performs, so the board will proceed deliberately but expediently to meet our imperative. We will select an interim president soon, refine our search policies as necessary and proceed with a search. As we move forward, the board is committed to transparency and effective communications with the university community and constituents. We have every confidence that we will find a leader who will ensure that CU continues to meet its mission and serves our students and our state.”

Regent Heidi Ganahl, R-Lone Tree, voted against authorization of the agreement. She also joined Regent Chance Hill, R-Colorado Springs, and Regent Sue Sharkey, R-Castle Rock, in supporting a motion, introduced by Hill, stating that President Kennedy be allowed to fulfill his contract through next year.

Sharkey said Kennedy “has done a great job as president,” and that she saw no reason for him to be departing. Ganahl and Hill also said they consider the decision to be one based on politics and a new Democratic majority (5-4) on the board as of January.

Democrats on the board disagreed with that characterization. Regent Ilana Spiegel, D-Englewood, said the move was “not about ideology.” Vice Chair Lesley Smith, D-Boulder, a former CU Boulder faculty member, said she hears “loud and clear that there’s a lack of shared governance between the faculty and the president.”

Gallegos emphasized a need for the board to look ahead.

“I think the less disruption we can have, the better,” said Gallegos, who voted against the motion. “At the end of the day, we need to move on.”

Kennedy told the regents he was honored to work with them, and that he and his wife, Debbie, will continue to support CU.

“I have been privileged to lead the University of Colorado and to work with the many wonderful and dedicated people inside and outside the university who are committed to its success,” Kennedy said in a statement. “CU makes critically important contributions to our state and society. Its students, faculty, staff and alumni are our present and our future. I am confident that despite the incredible challenges of the past year, CU is on an upward trajectory and it will continue to advance its critical mission.”

Tagged with:
Board of Regents, President Mark Kennedy