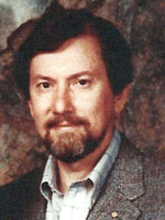 John Weihaupt, emeritus professor, College of Liberal Arts and Sciences at CU Denver, has published his second book on the exploration and discoveries in Antarctica. “Of Maps and Men: The Mysterious Discovery of Antarctica” was released last month.

This story begins with Weihaupt’s own explorations deep in the interior of Antarctica and the questions they inspired. The work highlights the history of analyzing glaciers and ice sheets that lead to new discoveries in Antarctica.

His earlier book, published in 2012, “Impossible Journey: The Story of the Victoria Land Traverse,” traced the trail of a four-month, 2,400-km journey into the unexplored hinterland of East Antarctica in 1959-60. The new book focuses on the cartography included in exploring the frozen continent.

Weihaupt is the great-great-great-great nephew of Captain William Clark of Northwest Territories fame, and of George Rogers Clark. Also a world explorer, Weihaupt has trekked in Alaska, Newfoundland, Canada, Chile, South America, and three expeditions to Antarctica. His field work and research are largely in geophysics and geology, and he is credited with the discovery of the Wilkes Land Gravity Anomaly that may be the largest meteorite impact crater on Earth, lying beneath 2 miles of ice in East Antarctica. He also is co-discoverer of the USARP Mountain Range in Victoria Land, Antarctica, co-discoverer of the Wilkes Subglacial Basin in Antarctica, and he is credited with the discovery of the Orontius Finaeus map of Antarctica, which predates the traditional date of discovery of that continent by some three centuries.

For Weihaupt's contributions to polar exploration and research, Mount Weihaupt, a mountain in Victoria Land, Antarctica, was named for him by the United States National Science Foundation, the United States Geological Survey, and the International Board on Geographic Names.