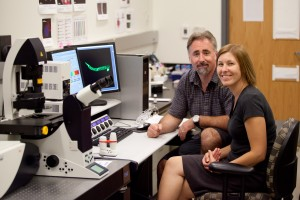 The grant will support the couple’s research on how genes regulate the nervous system.

The two departments will divide the grant and use it to support summer student stipends, a research technician and outreach efforts including working with the UCCS Center for Science, Technology, Engineering and Math Education to develop genetic and nervous system-specific examples to share with middle and high school students.

Married for six years, the pair discovered during a dinnertime conversation a common interest in genes, though each works with a different life form – Darrell with worms and Eugenia with flies.

“We both happened at some point in our careers to have worked on the same gene,” Eugenia said. “To put that in perspective, while the worm has 19,000 genes total and the fruit fly has 16,000, we have only focused in depth on a handful of genes each.” 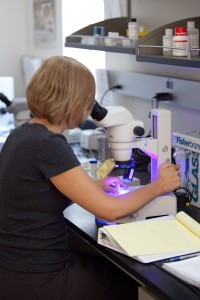 During a postdoctoral fellowship, Eugenia identified 90 genes in fruit flies that are important to the development of pain-sensing nerve cells. The NSF grant will allow the Killians to test if the same genes – almost all of which are present in flies, worms and humans – have a similar role in worms. If they find the genes have the same function in flies and worms, they believe it likely they play a similar role in humans.

The Killians’ research will involve analyzing more than 50 genes for their involvement in dendrite development. Dendrites affect the function of neurons and are associated with disorders such as Alzheimer’s disease, Down syndrome and anxiety.

Three of Eugenia’s students, both undergraduate and master’s students in biology, are already spending time in Darrell's laboratory at CC as well as hers at UCCS. The students and the Killians will meet every week or so to talk about research papers and other work that will help them further their research.

“We are trying to create a dynamic research culture,” Eugenia said. “We’re not just training them to do research, which is the most important, but also to introduce them to the scientific culture that you’d see in graduate school.”

Students will use a new confocal microscope at UCCS, purchased with funds from the CU BioFrontiers Institute, which produces high-resolution images. 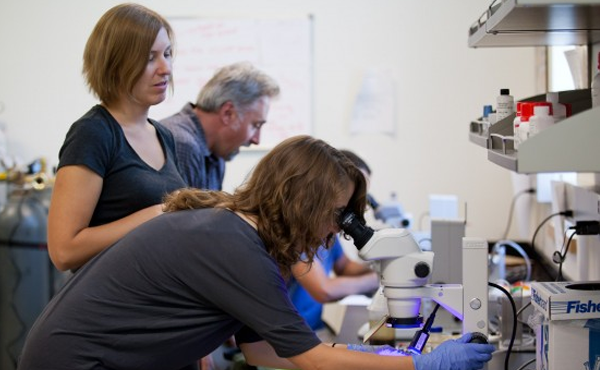 Both Killians hope to integrate the research into student projects with the work expected to promote critical thinking and sophisticated laboratory skills.

“This collaborative research project will greatly benefit students and biology departments on both campuses by promoting the sharing of ideas, experiences, reagents, and lab equipment,” the Killians wrote in their grant application.