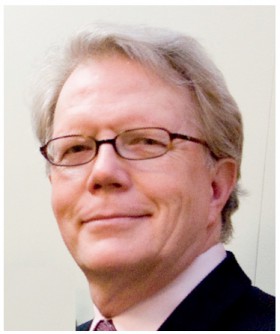 Huntington Potter has been named director of Alzheimer's disease research at the University of Colorado School of Medicine, Department of Neurology, and the Linda Crnic Institute for Down Syndrome. Potter studied, researched and taught for 30 years at Harvard University. He discovered and is devoted to studying the mechanistic relationship between Alzheimer’s disease and Down syndrome.

Potter’s seminal research led to the discovery of triplication of chromosome 21 in many cells of patients with Alzheimer’s disease, leading Potter to postulate that people with Alzheimer’s have a genetic defect or an environmental exposure that leads them to develop mosaic trisomy 21/Down syndrome.

In his new role, he also will develop clinical trials to prevent the onset of Alzheimer’s disease.

“I’m excited to be part of the Crnic Institute and the Department of Neurology here on the Anschutz Medical Campus,” Potter said. “Alzheimer’s disease and Down syndrome are two sides of the same coin and studying them together will best hasten the development of new treatments for both. In Colorado, I can build the ideal joint program that should eventually benefit millions of people suffering from Alzheimer’s disease including those with Down syndrome.”

Tom Blumenthal, the Anna and John J. Sie Professor in Genomics and executive director of the Crnic Institute, welcomes Potter to the growing number of scientists working on Down syndrome research.

“Dr. Potter’s hire underscores how providing research funds benefiting people with Down syndrome can also benefit tens of millions suffering from diseases such as Alzheimer’s, congenital heart disease or certain cancers,” Blumenthal said. “We are pleased to be collaborating with the Department of Neurology to hire such an outstanding scientist who is focused on helping people with Down syndrome and Alzheimer’s disease.”

The Crnic Institute is dedicated to eradicating the medical and cognitive ill effects associated with Down syndrome, and relies on the Global Down Syndrome Foundation for fundraising, education, awareness and government advocacy.

From 2004-2008, Potter was CEO and scientific director of the Johnnie B. Byrd Sr. Alzheimer’s Center and Research Institute, during which time the Institute built the largest free-standing Alzheimer’s disease research institute in the world and developed seven new treatments for Alzheimer’s disease in preparation for human trials.