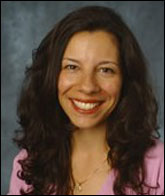 Advocates of any particular political bent might want to heed Michele Moses'research on the defeat of Colorado's Amendment 46 in 2008. In her just-publishedreport, Moses exposes what led Coloradans to defeat the "Colorado Civil Rights Initiative," which would have purportedly prohibited "discrimination or preferential treatment in public employment, public education and public contracting."

In "Investigating the Defeat of Colorado's Amendment 46: An Analysis of the Trends and Principal Factors Influencing Voter Behaviors," Moses and her research team concluded that voters' attitudes and behaviors, media coverage of the amendment and campaign leaders' perceptions indicate that advocates should take a proactive role in educating the public about ballot initiatives and the language they put forward.

"Amendment 46 was one in a series of state ballot initiatives that have used the direct democratic process available in 24 states to allow voters to make policy. These initiatives often target policies designed to increase equality of educational opportunity. This education-policy-by-ballot-initiative phenomenon needs to be examined closely to make sure that the interests of minorities are not trampled," said Moses, who is associate professor in educational foundations, policy and practice within the School of Education at the University of Colorado at Boulder.

Preceding Colorado's vote, three other states (California, Michigan and Washington) enacted similar amendments. Coloradans, in contrast, voted against Amendment 46, keeping equal opportunity programs alive in the state. What Moses and her team of researchers discovered, however, is that the small margin of defeat for Amendment 46 (fewer than 40,000 votes) actually reflected voter confusion, which prevented it from being defeated by a much wider margin.

The majority of voters contacted for her research claimed that they favored equal opportunity, yet many of them voted yes on Amendment 46, mistakenly thinking that a yes vote was a vote FOR maintaining equal opportunity policies, when the opposite was true.

In order for voters to cast meaningful votes, Moses said, these five recommendations emerged based on her study results:

Moses' research centers on education policy issues related to equality of educational opportunity and social justice, such as affirmative action. She is the author of "Embracing Race: Why We Need Race-Conscious Education Policy" (Teachers College Press, 2002), and is the winner of the American Educational Studies Association Critics' Choice Award and the American Educational Research Association's Early Career Award.