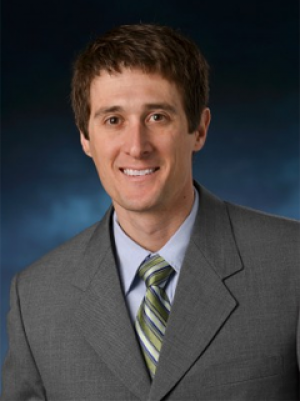 A study by Matthew Morris, an instructor of construction engineering and management, and doctoral student Eric Antillon, both of the Department of Civil, Environmental and Architectural Engineering at CU-Boulder, found that using prefabricated elements in the construction of the new Saint Joseph Hospital in Denver cut 72 workdays off the construction schedule and resulted in $4.3 million in savings.

The study, done in partnership with Mortenson construction, which built the new 831,000-square-foot Saint Joseph Hospital, is one of the first to try and quantify the full costs and benefits of using prefabricated elements in a large-scale construction project.

Developers often choose prefabrication to save time on a project. But because the process of building a unit — like a bathroom or an exterior wall panel — off-site can be more expensive up front because of the cost of transporting the finished products to the job site, the overall financial benefits haven’t been well understood.

“The direct cost of the actual units is more expensive — in this case 6 percent more expensive — but the cost savings come from indirect costs related to time savings,” said Morris. “If you save three months on the schedule, that’s three months when you don’t have to pay for all the things you need to run a job site. This reduces your cost of big-ticket items such as supervision, equipment and your field office.”

For the Saint Joseph Hospital, Mortenson construction chose to prefabricate the exterior wall panels, the bathroom pods, the headwalls in patient rooms, and the utilities that run above hospital corridors by bundling them into prebuilt racks.

Prefabrication is an especially efficient technique in hospitals or any large building where the same type of unit has to be built over and over again, such as dorms or barracks, Morris said. At Saint Joseph Hospital, the need to have hospital rooms with standard equipment and private bathrooms allowed Mortenson to prefabricate 440 bathroom units and 376 patient room headwalls.

Aside from allowing a project to be completed more quickly, prefabricating units off-site can also improve the safety of the job site by decreasing the number of different tradespeople who need to work in the building at any one time, reducing elevated work and providing a controlled environment. Morris and Antillon calculated that using prefabricated utility racks in the corridors along with other prefabricated units avoided seven safety incidents on the job site.

Even with the impressive cost benefits calculated in the study, Morris said it may be possible for builders like Mortenson to save even more time in the future by perfecting the sequence of work. In the case of Saint Joseph Hospital, some prefabricated elements moved the project forward so quickly that the workers responsible for the next phase of the project weren’t always ready to immediately get started.

“Fine-tuning is the next step,” he said. “Now we know that prefabrication saves time and money and increases quality and safety. The next steps include developing best practices, training project teams and continuing to drive out inefficiencies.”