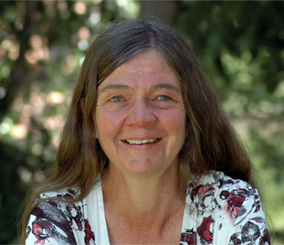 Patty Limerick, faculty director and board chair of the Center of the American West at the University of Colorado Boulder has been honored with the 28th annual Earle A. Chiles Award. The $15,000 award funded by the Chiles Foundation is for Limerick’s scholarship and public history forums that challenge popular mythologies about the West and reveal the essential commercial and scientific foundations of American Western history. Limerick will receive the award at a banquet in Portland on Dec. 6.

She has dedicated her career to bridging the gap between academics and the general public and to demonstrating the benefits of applying historical perspective to contemporary dilemmas and conflicts.

“A historian trying to be helpful to the world around her undertakes a journey in terrain that seems strikingly undersupplied with road signs and mileage markers. I have been fortunate beyond measure in the adventures I have had on this journey, but it has not been an easy matter to know if I am getting anywhere, making any difference, or reaching any goal,” Limerick said. “The Earle A. Chiles Award offers a wonderful alternative to that uncertainty: a group of knowledgeable and committed Westerners have offered me a spirit-lifting response to that navigational uncertainty! Thanks to this award, the hope I conjured up years ago — of turning hindsight into foresight by bringing historical perspective to bear on current Western dilemmas — has emerged from the sphere of dreams and landed squarely on Western soil.”

She will apply the award funds toward finishing a book of reflections on the Department of the Interior and its central role in the American West. Limerick said she hopes the book, tentatively titled “Exploring the Interior,” “will be both tranquil and spirited, providing a rare opportunity for Westerners to reflect on the crucial and complex relationship between the federal government and their home region. In an era in which alarmism and agitation have disturbed national conversations on how we govern ourselves, I hope that the publication of this book will provide many occasions for people of good will to return to the exploration of the interests they hold in common. The goals of ‘conflict resolution’ and ‘thoughtful management’ are intrinsic to the Chiles Award and to my hopes for this book.”

Museum President Janeanne A. Upp said, “Dr. Limerick’s achievements exemplify the High Desert Museum’s founding tenet – to inspire people to better understand the region and address issues surrounding its resources. The museum’s work, like Dr. Limerick’s, offers new perspectives on the myths and realities of the American West. We are proud to honor her work with this award, and are grateful to the generosity of the Chiles Foundation, which makes it possible.”

Limerick was born and raised in Banning, Calif. She received her Ph.D. in American studies from Yale University, was an assistant professor of history at Harvard University and, since 1984, has been a history professor at the University of Colorado Boulder. Her best-known work, “The Legacy of Conquest,” is an overview and reinterpretation of Western American history that stirred academic and public debate.

Her numerous other prestigious honors include a MacArthur Fellowship (nicknamed the “Genius Award”). She has served as a Pulitzer Prize nonfiction juror, and chaired the 2011 Pulitzer Prize jury in history. She regularly engages the public on the op-ed pages of local and national newspapers, and in the summer of 2005, she served as a guest columnist for The New York Times. Limerick is an energetic, funny, and engaging public speaker, sought after by a range of Western constituencies, including private industry groups, state and federal agencies, and grassroots organizations.

Limerick co-founded the Center of the American West in 1986, and has published a number of books, including the influential Atlas of the New West, and a series of lively, balanced, and to-the-point reports on compelling Western issues, including “What Every Westerner Should Know About Energy Efficiency and Conservation.” The center’s film, “The Lover’s Guide to the West,” debuted on Rocky Mountain PBS last year.

Under her leadership, the Center of the American West serves as a forum committed to the civil, respectful, problem-solving exploration of important, often contentious, public issues. In an era of political polarization and contention, the center strives to bring out “the better angels of our nature” by appealing to our common loyalties and hopes as Westerners.