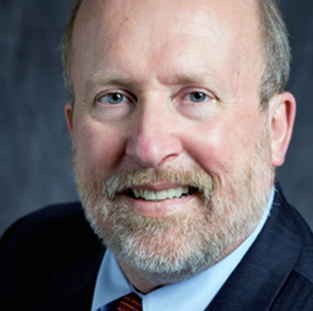 Laurence Kaptain, an accomplished percussionist and symphonic cimbalom artist and higher education leader, has been named dean of the College of Arts and Media (CAM) at CU Denver.

Kaptain most recently served as the founding director of creative initiatives in the Office of Research and Economic Development at Louisiana State University, and prior to that, he was Dean of the College of Music and Dramatic Arts.

The new dean said the university is uniquely positioned to benefit from a certain agility and flexibility that larger institutions are unable to provide.  With that in mind, Kaptain is committed to supporting an arts-focused, interdisciplinary effort to engage the entire university and beyond.

He’ll start with CAM, promoting an integrative strategy to generate fresh creative directions through increased collaboration with arts professionals, lectures, demonstrations and workshops across all schools and programs.

Through this approach, Kaptain believes students will gain creative fluency, and develop, shape and strengthen their own identities as citizen artists.

“There has perhaps never been a time or a place so conducive to the realization of this mission and to the cultivation of citizen artists than the present at the College of Arts and Media,” Kaptain said.  “We must focus on the intersection of art, technology and commerce.”

That focus is a perfect fit for CAM, since it’s the first college in Colorado devoted exclusively to the arts and the entertainment industries. With courses that capitalize on the synergies between art, technology and economy, CAM programs encourage gifted students to engage with the business side of the industry while maintaining excellence in their chosen major.

Kaptain is a founding partner of the Alliance for the Arts at Research Universities (a2ru), a partnership of 30 institutions committed to transforming research universities to ensure the greatest possible institutional support for interdisciplinary research, curricula, programs and creative practice between the arts, sciences and other disciplines. He currently serves on a2ru’s strategic communications committee and plans to continue his involvement with the organization, hoping to bring in CU Denver as a partner institution.

Kaptain recently served as president of the Association for General and Liberal Studies, and is currently the Treasurer of the College Music Society. In 2014 he was named a Fellow in the Royal Society of the Arts. Prior to assuming this post at LSU, he was dean of Shenandoah Conservatory near Washington, D.C., director of the Schwob School of Music in Georgia, and vice-provost for Faculty Programs and Academic Quality at the University of Missouri-Kansas City.

He received the first doctorate in percussion instruments at the University of Michigan, where he was a Fulbright Scholar in Mexico, and received the prestigious Rackham Graduate School Pre-Doctoral Fellowship. Kaptain appears regularly with orchestras, including the New York Philharmonic, the Chamber Music Society of Lincoln Center, the Philadelphia Orchestra, the San Francisco Symphony, and the Pittsburgh Symphony, and he has recorded with the Chicago Symphony, St. Louis Symphony, Orpheus, St. Paul Chamber Orchestra, and the Czech National Symphony. He also has appeared, collaborated or recorded with artists such as Elvis Costello, Yo-Yo Ma, Karlheinz Stockhausen, Robert Altman, Rudolf Nureyev, Suzanne Farrell and others.