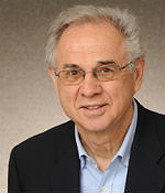 Rudi Hartmann, associate professor of geography and environmental sciences, College of Liberal Arts and Sciences at CU Denver, recently published a paper "The Anne Frank House in Amsterdam: A Museum and Literary Landscape Goes Virtual Reality," in the journal Journalism and Mass Communication.

In the paper, Hartmann discusses the historical transition of the Anne Frank House in Amsterdam, the Netherlands. From Anne Frank's residence in the building to the establishment and maintenance of the historical site, Hartmann assesses the history and management issues surrounding the building. The essay reconstructs the establishment of the historic site where Anne Frank, her family and four more individuals were in hiding from 1942-1945, as a small museum, which eventually became a leading Amsterdam tourist attraction and major educational center in the dissemination of Anne Frank’s ideals.

"The professional management of the site is impressive as they employ cutting-edge technology for the museum exhibits and as they effectively use social media in the communication with their mostly young fans and visitors," Hartmann said. "The Anne Frank Stichting, the Dutch nonprofit organization that has been in charge of the management of the House since 1960, has also done a great job in the preservation of the place. Despite a rapidly increasing visitation – now more than 1 million per year -- they have been able to save the narrow confined Secret Annex where Anne Frank wrote her diary from 1942 to 1944."

In June 2013, Hartmann also published a conceptual paper on a related topic: “Dark tourism, thanatourism and dissonance in heritage tourism management: new directions in contemporary tourism research” in the Journal of Heritage Tourism.

Both refereed journal publications are the results of Hartmann’s long-term research efforts in the study of heritage tourism, with several paper presentations at national and international conferences in the past years including the Association of American Geographers Annual Meeting in 2012.