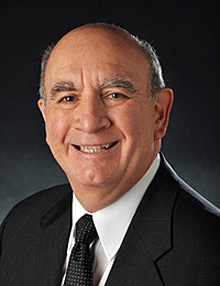 Chancellor Philip DiStefano  has been appointed to the advisory board of the Colorado Innovation Network (COIN),  an organization launched by Gov. John Hickenlooper in 2011 to encourage public-private collaboration in industries expected to create new jobs.

COIN is a privately funded organization in the Colorado Office of Economic Development and International Trade. It describes itself as a catalyst for economic prosperity through innovation by partnering with government, business and civil society to foster collaboration.

“I want to continue to help Colorado develop into the most innovative state in the nation,” DiStefano said. “An environment of innovation fosters job creation.”

As Chancellor of the University of Colorado Boulder, DiStefano has experience in uniting higher education, Colorado’s federal labs, and local incubators and accelerators.

DiStefano opened CU-Boulder’s Office of Industry Collaboration in September to support the Chancellor’s goal of increasing campus research contracts with industry from $20 million to $100 million annually. The office is directed by Caroline Himes, who was the executive associate director of the Laboratory for Atmospheric and Space Physics for 16 years.

In his role on the COIN Advisory Board, DiStefano will work with Mark Sirangelo, the state’s Chief Innovation Officer and the chairman of the COIN board who was appointed by Hickenlooper in August. Sirangelo is also Corporate Vice President and Chairman of Sierra Nevada Corporation’s Space Systems, based in Louisville.

Sirangelo also serves on the Chancellor’s Strategic Advisory Board that is helping CU-Boulder achieve the Chancellor’s campus priorities of creating innovations to serve students, identifying new sources of funding, and building the reputation of CU-Boulder.

DiStefano will serve a two-year term on the COIN advisory board.