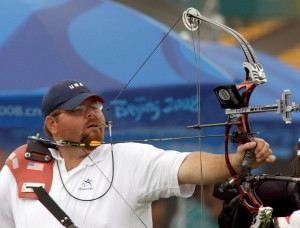 When Craig Elder, instructor at Beth-El College of Nursing and Health Sciences, heads to Mexico in a few weeks, it won’t be for a beachside vacation.

Elder will serve as an athletic trainer for some of the world’s top athletes participating in the Parapan American Games in Guadalajara, Jalisco, Mexico, Nov. 12-20, exactly 20 days after the XVI Pan American Games, one of the most important and highly publicized athletic events leading to the 2012 London Olympic games.

Paralympians compete on the same courses and in the same events as Olympic athletes, though their events usually take place a few weeks later.

While it will be the Pan American Games Oct. 14-30 and the July London Olympics that draw the most attention, Elder is emphatic about the importance of Paralympic sport and the value they bring to the world as well as to his University Hall classroom where he teaches graduate-level sports medicine courses.

By demonstrating the abilities of paraplegic athletes, Elder believes Paralympics reduces stereotypes of disabled people. In China, for example, Elder watched as paraplegic athletes were supported and encouraged to win medals as vigorously as able-bodied competitors who competed in the Olympics.

“For a country that for many years had shunned its disabled population, this was quite an eye-opener and sign of progress,” Elder said. “In the U.S., we have laws that help protect the disabled but I’m not sure we’re quite there in terms of acceptance and understanding of just how much someone who has a disability can do.”

Elder works with the Paralympic Archery Team and previously worked as an athletic trainer for shooting and table tennis teams during the past decade. As an athletic trainer, he works closely with the athletes to help them maintain or improve strength, balance, cope with weather conditions, and other physical challenges they face. For example, maintaining cardiovascular health for a paraplegic athlete is vital to performance. Running is out of the question for many so Elder helps develop training routines that provide the proper workouts within their abilities. Those real-life training challenges often become classroom fodder as students think about workout routines for someone missing a limb or learn that a paraplegic person’s body dissipates heat differently than an able-bodied person.

“I am deeply appreciative of the athletes that I work with,” Elder said recently. “Their personal stories are amazing as is their outlook on life. They bring a different perspective to competition, one of great spirit, ingenuity and thanks for the opportunity to compete at this level. You can’t help but be inspired.”

Some members of the Paralympic Archery Team are members of the U.S. Armed Forces who were injured in combat in Iraq or Afghanistan. But most, Elder said, were injured in car, ATV or motorcycle accidents that left them without a limb or, as a result of spinal cord damage, paraplegic. They have the determination of a champion, the willingness to push their bodies to extremes, and ingenuity to work around their disability.

For example, a classification for Paralympic archery includes athletes who are missing or have limited use of an arm. Archers compete at 90-, 70-, 50- and 30-meter distances by using a bow drawstring pulled by their teeth. Others use self-made, cheek-activated release mechanisms.

While Paralympic rules are divided in multiple classifications to ensure fair competition, they provide flexibility for innovation by the competitors, something that has inspired Elder since he was first introduced to Paralympics following the 1996 Atlanta Olympic Games.

Elder hopes for another U.S.-based Olympic Games to show Americans what those with disabilities can do.

“When you see someone competing with one arm or without legs on the same field where you just saw an able-bodied person, it sends a powerful message,” Elder said. “I think seeing this kind of athleticism is what it takes to show what disabled people really can do.”