Distinguished Professor Kristi Anseth of the chemical and biological engineering department and Professor Henry Kapteyn of the physics department at the University of Colorado Boulder have been elected members of the National Academy of Sciences, a top honor recognizing scientists and engineers for their distinguished and continuing achievements in original research. 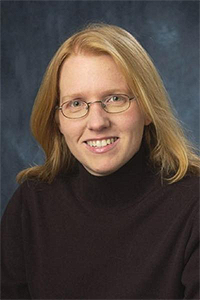 Anseth is affiliated with CU-Boulder’s BioFrontiers Institute and is known for her innovative biomaterials and regenerative medicine research. She leads a team of faculty and students who are developing biodegradable “scaffolds” to stimulate the growth of new human tissues to replace those lost by injury or disease. She also is an associate professor of surgery at the University of Colorado Denver School of Medicine.

Her numerous awards include election to the National Academy of Engineering and the Institute of Medicine in 2009.  She is the first engineer to be named a Howard Hughes Medical Institute Investigator (in 2000), and she received the 2004 Waterman Award from the National Science Foundation for her research excellence. In 2008, Anseth was named one of Popular Science magazine’s “Brilliant 10,” honoring her as one of the nation’s top young scientists. 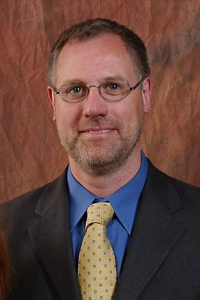 Kapteyn’s research interests include the development of new light sources at short wavelengths and their use to study dynamic processes in material and chemical systems. He and his primary collaborator and spouse, CU Distinguished Professor Margaret Murnane, are leading an international research team that has generated the first laser-like beams of X-rays from a tabletop device, an advance that promises fundamentally new capabilities in a broad range of areas including nanotechnology and medicine.

Kapteyn, who also is a fellow at JILA -- a joint institute of CU-Boulder and the National Institute of Standards and Technology -- is the 10th member of the CU-Boulder physics faculty to be elected to the prestigious academy. Kapteyn has won a number of other awards, including the Ahmed Zewail Award in Ultrafast Science and Technology (2009), the Arthur L. Schawlow Prize (2010), the R.W. Wood Prize (2010) and the Willis E. Lamb Award for Laser Science and Quantum Optics (2012). He was elected to the American Association for the Advancement of Science in 2007.

Anseth and Kapteyn were the only scientists from Colorado elected to NAS in 2013.

“I would like to congratulate professors Kristi Anseth and Henry Kapteyn on behalf of the university,” said CU-Boulder Chancellor Philip DiStefano. “This is among the highest honors a faculty member can receive, and Kristi and Henry join a select group of faculty from across the country who are relied on by our government leaders to provide expert advice on matters of science and technology.”

Anseth and Kapteyn bring the number of CU-Boulder faculty members who have been elected to NAS to 27. The academy elected 84 new members in 2013, along with 21 foreign associates from 14 countries.

The NAS is a private, nonprofit honorific society of distinguished scholars engaged in scientific and engineering research, dedicated to the furthering of science and technology and to their use for the general welfare. For more NAS information and for the full list of newly elected members, visit http://www.nasonline.org.