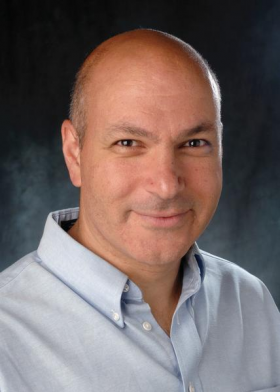 Waleed Abdalati is the new director of the Cooperative Institute for Research in Environmental Sciences (CIRES), a joint institute of the University of Colorado Boulder and the National Oceanic and Atmospheric Administration.

“It is an honor to be selected as director of an organization full of such talented people doing such important work,” Abdalati said. “The depth and breadth of the outstanding scientists at CIRES and the societal importance of the research we do make CIRES a truly special place.”

Abdalati’s research focuses on using satellites and aircraft to understand how Earth’s ice cover, particularly glaciers and ice sheets, is changing and what those changes mean for life on the planet. He became director of the Earth Science and Observation Center in 2008 and led the Ice Cloud and land Elevation Satellite-2, or ICESat-2, Science Definition Team, which developed capabilities to map and understand changes in ice sheet elevations by using space-based laser altimetry. From January 2011 to December 2012, while on leave from CU-Boulder, Abdalati served as NASA’s chief scientist, advising NASA Administrator Charles Bolden on science programs and strategic planning.

He has published more than 60 scientific papers and technical reports; lectured to a wide range of audiences throughout the world, including scientists, policymakers, the media and the general public; and received many notable honors and awards, including the NASA Exceptional Service Medal and the Presidential Early Career Award for Scientists and Engineers.

Abdalati earned a bachelor of science degree from Syracuse University and master of science and doctoral degrees from CU-Boulder, working with CIRES scientist and former CIRES Director Konrad Steffen. He went on to work as a scientist at NASA for 12 years before returning to CIRES.

“This appointment has special meaning for me because I earned my Ph.D. at CIRES 17 years ago, and back then, I never could have imagined serving as its director,” Abdalati said.

“William M. Lewis Jr., a CU-Boulder professor of ecology and evolutionary biology and CIRES Fellow, has served as interim director of CIRES since the summer of 2012. Under his leadership, CIRES has successfully adapted to the budget impacts of federal sequestration and secured the next five years of its core funding to support its collaborative work with NOAA, according to Stein Sture, vice chancellor for research at CU-Boulder.